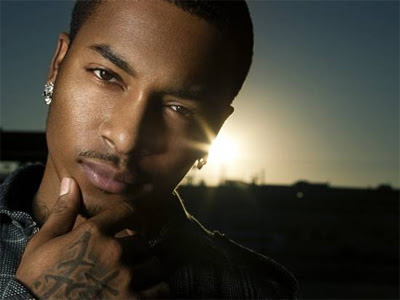 Changes in his personal life ultimately forced Chingy to step away from the limelight over the past few years.

“When I was gone for the three and a half years, off the scene, people really got to understand that I have a personal life, and in that personal life I lost a lot of close people to me,” Chingy told SOHH. “I lost three of my closest friends, I lost my auntie, I lost my little cousin, I lost my girl cousin, I lost my granddaddy, I lost a couple of friends. People don’t see that. They just see that you don’t have a song on the radio and you [haven't released] a video. They don’t see your real life and the things you go through. A lot of these people [no longer being around] hurt me and I didn’t even want to make music. I was sick of the whole life. I just got sick of it. I was still working on music but I just didn’t care about being in the light because I was going through so much. And with going through that and having to deal with all these fake rumors that were fabricated, I was going through a lot and people didn’t know saying, ‘Oh, he doesn’t have a song or CD out.’ They’re not seeing what I’m going through and can’t see my personal life. They’re on the outside looking in.” (SOHH)

Back in full effect, Chingy assured SOHH his relationships with past rap rivals Nelly and Ludacris were on track once again.

“Me and Nelly are cooler,” Chingy added. “Me and Nelly are straight. I was just at a party with Nelly here in St. Louis. Me and Ludacris talk. We’ve e-mailed each other back and forth and talked about different things. So everybody is cool. It comes to a point where you have to realize life is too short to be tripping on some dumb little bull crap that ain’t gonna get you nowhere. A person is going to be here one day and then they can be gone the next. You can’t be tripping off all that nonsense in the past and all that ignorant and petty stuff. Our relationships are cool. Me and Nelly are cool, me and Cris are cool. Everything is good, everybody is moving forward trying to work and live.” (SOHH)

Chingy is currently putting together a new album called No Risk, No Reward 13.

“The album is called No Risk, No Reward 13 because if you don’t take those risks, you won’t get where you need to get in life,” he told Rap-Up.com. “And the ’13′ represents rebirth. So for me, this is the rebirth of my presence as an artist, not that I’ve been dead but I’ve been musically out for the last three to four years so it’s the rebirth of Chingy.” (Rap-Up)

His last full length studio album, Hate It or Love It, pushed 31,000 copies in its December 2007 release.

Unhappy with the way he felt Capitol was promoting their urban artists, Chingy jumped ship and went back to DTP which was by-then a part of the Def Jam family. Hate It or Love It would arrive on the label in 2007 but its debut at number 84 on the album chart would also become its highest position. (All Music)