on August 16, 2011
Hollywood is a lot hotter this summer with some of the most beautifully talented sistahs in the business. Though the business is booming with talented women of color DamzelInDistress highlights a few of those doing it big on the big and small screen. Ladies.....

Known as one of the voice of Donna Tubbs on 'The Cleveland Show', Sanaa Lathan also stars in the upcoming thriller 'Contagion'. 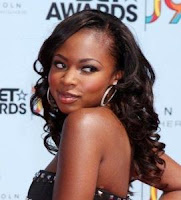 Naturi Naughton has come a long way from a three girl singing trio. Starring in the TV series 'The Playboy Club', she also just signed on to play in the sci-fi thriller 'Wolverine'.

Lauren London is a model, actress and a mom! Raise your hand if you want to look like this after having a baby! See Lauren in the the TV series 'Single Ladies'.

No stranger to the 'hot' list, Halle Berry can make being a mom an accessory to her hotness. See Halle in the upcoming film projects 'Dark Tide' and 'New Years Eve'.

Known as the scene stealer Janay on BET's 'The Game', Danielle Davis makes her presence known whenever she's on deck. See Danielle in the upcoming film projects 'Politics of Love' and 'He's Mine, Not Yours'.

The fiery paralegal and P.I. on Franklin & Bash, Dana Davis can also be seen on a new TV series 'Are You There Vodka? It's Me Chelsea' 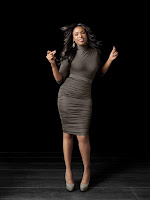 Jennifer Hudson is the 2011 poster child for hard work and determination. With a best-selling album and Weight-Watchers endorsements, Jennifer will be starring in the upcoming film 'Winnie'.

Tika Sumpter is a face we've all seen. She's the fiery siren on Gossip Girl, she's also the fresh face on the Ambi skin care commercials and has a role in the upcoming film 'Think Like a Man'.

Zoe Saldana makes moves quickly and swiftly across the screen. Catch her as the ruthless and murderous Cataleya in the upcoming action thriller 'Colombiana'. 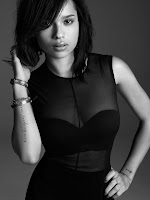 Not to be outdone, by the 'other' Zoe, Zoe Kravitz is an upcomer with a lot to prove. Coming down from a high called 'X-Men: First Class', she's now wrapping up the TVSeries 'Ultimate Spider-Man'. 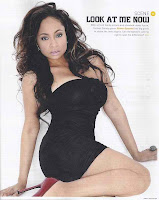 Last, but certainly not least is Raven Symone' who is a brand all to herself. After dropping a few pounds, Raven found a sexier Miss Symone'. The media mogul has a new TV series called 'State of Georgia' and voices Iridessa in the upcoming fillm 'Tinker Bell and the Mysterious Winter Woods'.