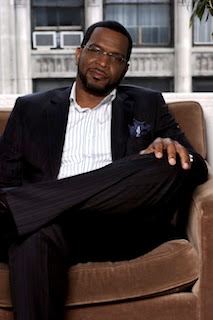 The Sundance Institute selected The Life and Freaky Times of Uncle Luke, a short film starring Miami-based rapper and politician Luther Campbell aka Uncle Luke of 2 Live Crew. The film was selectd in the category for Short Film Program.The Sundance Institute selected only 64 shorts for its Short Film Programs from a record 7,675 world-wide submissions.

Luke proclaims, “It's an honor to have a highly respected organization such as the Sundance Film Institute recognize me and my life as an important part of American culture by adding "The Life and Freaky Times of Uncle Luke" to their 2012 line up.”

Freaky Times is a modern Miami adaptation of the 1962 French short film La Jetée, and recounts Campbell’s rise to fame as he changes the face of hip-hop and fights for First Amendment rights – and later as he ushers Miami into a golden era of peace and prosperity as mayor. Everything changes when a nuclear meltdown at Turkey Point turns Miami into a radioactive wasteland filled with mutants, and Campbell is the only survivor left unscathed.

“This film lets the industry, and the world, know that we have creative talent in Miami that rivals any other city in the world,” said Luther Campbell. Borscht Corp. founder Lucas Leyva added: “We are honored to be selected for the second year in a row to the Sundance shorts program. It is validation for all the hard work and support given to Borscht by the entire community with the belief that the films created in this city can hang with the best in the world. We hope to do Miami stories justice.”

Freaky Times takes place entirely in a series of art installations by Mayer that warp perspective and reality. “I wasn't sure how interested Luke would be in working on a small artsy short film with some local kids, but he couldn't have been more into it and supportive,” said Evan Rosenfeld of Rakontur.

More than that, if Freaky Times wins an award at Sundance, it will automatically qualify the film to potentially be an Oscar nominee.