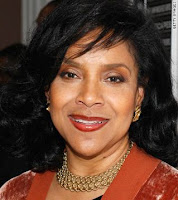 Phylicia Rashad, who played Clair Huxtable on NBC's seminal "The Cosby Show," is returning to the Peacock Network with a drama pilot. According to the Hollywood Reporter, Rashad will portray the chief of surgery in "Do No Harm," a take on the story of Dr. Jekyll and Mr. Hyde. Rashad will play Dr. Vanessa Young, the boss to the show's main character Dr. Jeffrey Kohl.
Steven Pasquale plays Dr. Kohl, a neurosurgeon who has a dangerous alter ego he previously could keep in check with medicine. TV Guide describes Rashad's character as Dr. Kohl's greatest champion who "calls things like she sees them." Alana De La Garza of "Law & Order" and "Law & Order: LA" fame is also scheduled to star in the medical drama.
...and in more Phylicia Rashad news, the actress is returning to the stage in her directorial debut of 'A Raisin in the Sun".