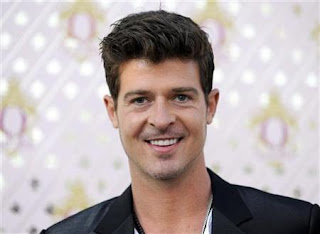 Robing Thicke Busted for Pot
Police say R&B singer-songwriter Robin Thicke has been arrested on a minor drug charge in New York City. He was arrested early Friday afternoon in Manhattan near Madison Square Park. Police say he was pulled over and they saw a joint inside his black SUV. He was given a desk appearance ticket and released. As always, his publicist has no comment.

Cuba Doesn't Want to Show You the Money, But He Will Cop a Feel 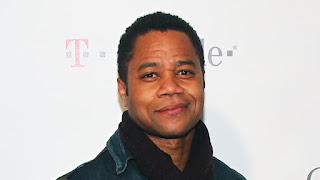 Cuba Gooding Jr. won an Academy Award for his role in the 1996 flick “Jerry Maguire” — but the longterm effect of his “Show me the money!” catchphrase from the movie has apparently taken its toll...and gotten quite old.

“It doesn’t go away...I get it all the time. I wish I had a wand that would make people disappear whenever they say it. It’s hard especially when some drunk guy in a bar asks and finally you say it and he says, ‘No, say it like you said it in the movie!’ ”

Well, if that's what got me an Academy Award and set a new tone for my career I don't think I'd care. You should be alarmed when no one recognizes you at all. Ask Jaleel White how he feels when people asks him to say, "Did I do that?" LOL!

Being harrassed isn't Gooding's only issue since he's also being sued for his own bout of harassment. In a recent story published by Jezebel, a woman accused the actor of sexual harassment after he allegedly groped her in a bar.

But that isn’t the only incident of grabbing he did. According to reports from three other women in New Mexico, he couldn’t keep his hands off the scenery. I guess if he plans to push himself onto unwilling women, he'll have to show the money or go to jail. Cuba, get it together man. 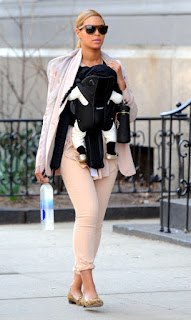 Blue Ivy Carter is a Fashion Maven in Diapers

For those of you who really want to know what Blue Ivy Carter is wearing when she's not soiing her diapers ever hour on the hour here you go....

Beyonce and her 7-week-old daughter Blue Ivy were seen strolling through the Tribeca section of NYC and the miniature diva was seen donning a pair of gold Little Marc Jacobs mouse shoes (which retail for $66) while mom is in $760 Charlotte Olympia leopard flats. 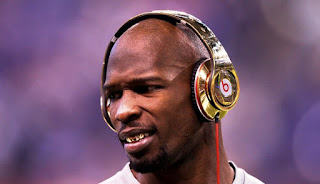 Life With Chad is Unpredictable; You Never Know What You're Gonna Get...When You Follow Him on Twitter

Chad Ochocinco took to Twitter and invited the first 200 people to arrive at Sylvia's Restaurant in NYC for dinner....on him and fiance' Evelyn Lozado.

“1st 200 people at Sylvia’s Restaurant by 7 pm in Harlem. Leave ya money/credit cards at home. I got you this time,” tweeted Ochocinco.

Within minutes, the place was packed. The Harlem restaurant tweeted: ”The line for ochocinco is wrapping around the corner!!”

Sources reportedly say that the total bill came to $7,914. Great PR move. Make sure to follow Chad on Twitter and friend him on Facebook. The guy is always up to something and his tweets are famous.