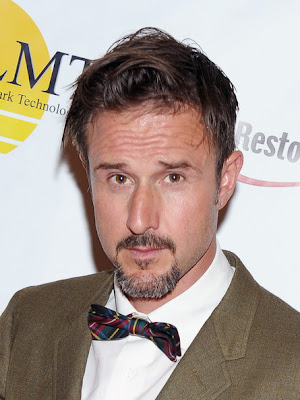 We're learning that it's not easy going to a Prince concert. Once can easily be tossed onto the sidewalk outside to wait for your friends afterwards or banned from future shows or escorted off stage if you're not up to the task.

Once again, another celebrity has been humiliated from the concert. This time, it was David Arquette. Who knew he was a fan? The actor was booted from the Los Angeles-area concert after doing something lots of concert-goers choose to do on the sneak tip at Prince’s shows – take pictures.

While most artists don’t trip over photos or videos taken of them from the crowd, everyone knows that Prince is notoriously against such activity, and security at the Forum says it warns every audience member upon entry that photos and videos are officially prohibited.

Arquette claims he wasn’t aware of the rule. Really?

“Security came to take this kid away and they said, ‘You gotta get rid of all those pictures on your phone,’” Arquette told Spinner. “I said, ‘Prince just said we could take the pictures.’ And so I got kicked out of the Prince show.”

The security guard told Arquette he was enforcing Prince’s “no photo” rule, which the Forum security office said came “straight from the artist.” An argument ensued, and Arquette was bounced from the arena.

“We gave everyone fair warning when they entered,” a security official who did not want to be named told the Hollywood Reporter today.

Prince, of course, is not done playing for fans in the L.A. area. He may be finished with his run of gigs at the Forum, but he performed a number of shows last month at smaller venues such as The Troubadour and more shows around L.A. may take place this month.