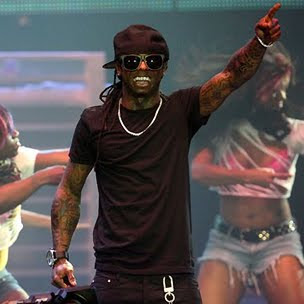 When Lil Wayne released his ninth studio album Tha Carter IV on August 29, 2011, many of his fans were pleased that he finally had a spin off after the successful venture of Tha Carter III, which sold over 1 million copies in the U.S. in its first week of release. Now that his latest album had freshly crossed the platinum threshold, Weezy is already planning his upcoming projects.

The 28-year-old rapper is planning to record two more Carter albums and a sequel to Rebirth. In addition, he is set to collaborate with Juelz Santana and Young Money Entertainment to venture on full-length hip-hop materials. Mack Maine, President of Young Money Entertainment informed XXLMag.com: “The next project he’s working on is I Can’t Feel My Face with [Juelz Santana]. Elz is talented man. He’s a young legend. [Wayne’s] back working in the studio. He has that and the Young Money album.”

Lil Wayne, the founder of Young Money Entertainment seemed to enjoy great new heights of his career. Although he intended to release I Can’t Feel My Face some years ago, he and Juelz Santana will record completely new material for the project.

Young Money Entertainment will start to work on the follow-up to We Are Young Money album, released in December 2009. It will possibly include a corresponding tour of Young Money’s recording artists once their schedules clear up. Mack Maine said: “We haven’t actually recorded one verse for that album. When we were on tour, we said we’re gonna wait until we get back to Miami to get everybody out there. We have one more show in Hawaii then we’ll start recording. It won’t take long. Too much creativity for it to take a long time.”