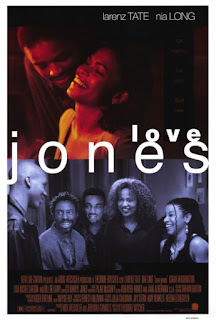 One of the greatest black films of the 1990s is the love story of Larenz Tate and Nia Long in “Love Jones.”

For a person who’s in their late 20s/early 30s, “Love Jones” seems like such a long time ago.

To be exact, “Love Jones” came out in 1997 and was directed by then 24-year-old Theodore Witcher.

Just a few days ago, Nia Long went on Twitter and asked fans if they wanted to see a part 2 to the classic chick flick. The response was an overwhelming yes.

....maybe we'll even see a glimpse of the former actress Lisa Nicole Carson since her disappearance from the TV/Movie scene.

To remind you of why we loved "Love Jones", here is Larenz Tate's 'A Blues for Nina'.
"...I'm the blues in your left thigh, trying to become the funk in your right!...is that alright?"