Carl Thomas Is Back and So Much Better 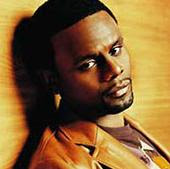 A leader in luxury and style and now with a collaboration with some of the hottest talent in music, The Lincoln Lounge Experience has an ambiance that brings out both music and style enthusiasts.

Hosted by Atlanta Falcon’s All-Pro Defensive Back Allen Rossum, comedians Tony Sculfield and Leon Rogers, the Lincoln Lounge Experience was attended by Atlanta celebrities and sports figures and VIP’s at the Compound nightclub.

The evenings’ award-winning 2007 Lincoln lineup included the new Lincoln MKZ, Lincoln Navigator L and the Mark LT. Attendees waited in line for more than an hour to take advantage of the opportunity to test drive these vehicles.

This exclusive red carpet affair showcased the talents of Revenge of the Underground Divas featuring N’dea Davenport of the Brand New Heavies, Mysa Leak of Incognito and Caron Wheeler of Soul II Soul. Headlining the event was R&B crooner Carl Thomas who’s currently on tour promoting his new CD So Much Better.

CRUNK Magazine caught up with the ladies’ man and had a few words before he took to the stage:

CRUNK: What can fans of your music expect from So Much Better? Is there a new sound to be found from you this time?

Carl Thomas: The sound is diverse. I’m using the same menu (tried and true) for love making and love reconciliation: breaking up, making up

CRUNK: We lost Luther [Vandross] last year and Gerald [Lavert] this year. It seems like the men from the ‘adult R&B’ category are slowly leaving us. It looks like we have to become listeners of younger artists (Usher, Marques Houston, Ne-Yo…) who don’t often speak in the mature manner that most ‘grown’ folks are accustomed.

Carl Thomas: We’re still here. But in the defense of the younger generation, you have to take it a little bit easier on the younger guys because they will be grown one day. I was once that young cat trying to come up.

With an out-of-the-gate hit on debut album Emotional, ladies and men alike are still swooning to Summer Rain, My Valentine and Emotional, all of which he performed onstage at the Lincoln Lounge Experience. In 2004 Carl released his second album Let’s Talk About It. Unfortunately tragedy struck and Carl lost his brother to senseless and random gang violence on Halloween night. “With the death of my brother Randy, I kind of lost my voice. I had found the truth in my brother and now he was gone.”

CRUNK: This album is much anticipated. Your second album Let’s Talk About It didn’t fair as well as your debut Emotional. Are you doing anything different with this album than previous ones?

Carl Thomas: I usually don’t take the feature route. I got some of my Chicago cronies on it. I have Dave Hollister, Lalah Hathaway, my home girl Brandy, E-40 and Baby Cham.
CRUNK: Coming from Chicago, you’re leaving out Mr. Robert Kelly?

Carl Thomas: R. Kelly and I are doing a remix on my next single.

Still holding the title of the king of the quiet storm, Carl Thomas stirred up emotions at the Compound nightclub with old favorites and new ones as well. Anticipated favorites on the album are 2 Piece which is getting lots of radio recognition and the ‘curry flavored’ Oh! N, which was produced by famed duo Jimmy Jam and Terry Lewis. Another cut that’s a don’t miss is laid back collaboration with songstress Brandy called Something About You.

In an age of ‘plastic’ soul, it’s very reassuring to hear someone who can deliver musical emotions that are very real.
Music