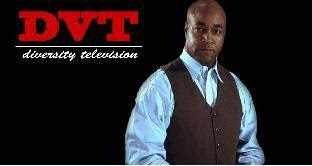 DIVERSITY TV IS KEEPING IT REAL…DIVERSE

– A new media outlet has graced the net with an edge that highlights the talents of some of the most famous to those on the rise. Diversity TV, was created by Tony Jackson as a solution after not seeing people of color adequately represented on televisions’ major networks. The launch of this new site will offer some of the most current music videos, original video and radio programming, news and more.

With more people of color vying for ’s attention, the television and film industries aren’t straying too far from their comfort zone. Will Smith is still considered a box office hit. Denzel is still the go to guy for depth and is the only leading lady. There is a new class of talent that’s waiting in the wings for their chance at stardom.

Feeling very strongly about the absence of color in most of ’s successful productions, Tony Jackson says, “You would think that everyone has pretty much given up hope on television and films promoting people of color. You’ve got the same people showing up everywhere and feels as if they’ve met their quota.”

“I decided to exact some change. My goal is to give people of color the opportunity to express themselves creatively in movies, television and theatre and have it widely displayed on the pages of Diversity TV.”

To experience some of the most current in music, movies and more log onto www.mydvt.tv.

Media contact for Diversity TV is Melissa Stewart and can be contacted at pr_pro1973@yahoo.com or Tony@mydvt.tv.