on March 02, 2008
The rap star Juvenile is "shocked and devastated" by the shooting death of his young daughter, the girl's mother and another child, his manager Aubrey Francis said Saturday. 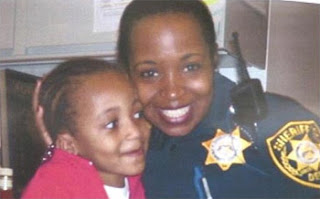 Last week in a 17-year-old boy was accused of killing his 39-year-old mother and his 4 and 11-year-old sisters. Now we find out the 4 year old was rapper Juvenile’s daughter. 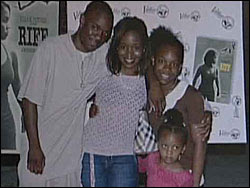 Anthony Tyrone Terrell Jr., 17, was charged Friday with murder in the deaths at the family home near Lawrenceville, where the bodies were found the night before, said police spokeswoman Illana Spellman. She identified the victims as Gwinnett County Sheriff's Deputy Joy Deleston, 39, and her two daughters, Micaiah, 11, and Jelani, 4.

"It really shocked him and devastated him to the point where I've never seen him before," Francis said. "Right now he is relaxing and trying to grasp everything of what has happened." 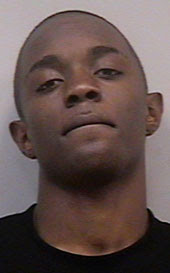 The motive was still unclear. Deleston brought a paternity suit in 2004, claiming that 32-year-old rap star Juvenile, whose real name is Terius Gray, was Jelani's father, Gwinnett County court records show. Attorney Randy Kessler, who represented Juvenile in the proceedings, said the case was resolved peacefully by consent order in 2006. Both parties agreed Juvenile was the father.

Terrell was taken to jail in neighboring to avoid any potential conflict because Deleston worked for , said Lawrenceville police spokeswoman Illana Spellman. She could not confirm Friday whether Deleston's service weapon was used.

Because of his age, prosecutors cannot seek the death penalty against Terrell. A preliminary hearing will be set next week in Gwinnett County Superior Court, prosecutor Danny Porter said.

kenstepp said…
Maybe someone in prison will issue the death penalty on him. I get mad at some local law but this guy needs his heartbeat revoked. Punk.
January 4, 2009 at 3:35 PM