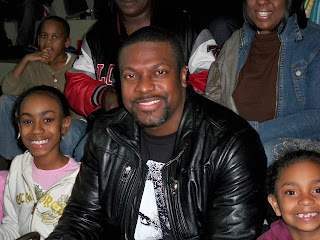 Written by Melissa A. Stewart

Actor and funny man Chris Tucker ended 2008 with good cheer and charitable giving. He’s starting 2009 off on a good note as well. He’s being acknowledged and awarded for all of his contributions to the entertainment industry at the 2008 Trumpet Awards. 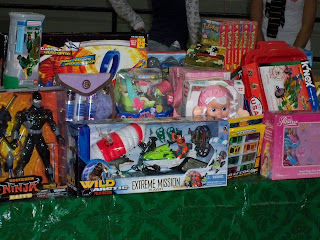 The foundation provided a host of games, toys and hi-tech entertainment for all to enjoy. Children took home portable CD players, dolls and Easy Bake ovens, while others took home MP3 players, toy soldiers and much more. No child went home empty handed.

Many would think that with so many of the children being so young, they may not know about Chris Tucker the actor and comedian. This wasn’t a concern for Chris, “I love being around kids. You can see the innocence in them. They might not know who I am, but some of them do. It’s not about them knowing me, but them having a good time…There’s nothing more important during this holiday season than giving to those in need and making a positive impact in someone’s life.”