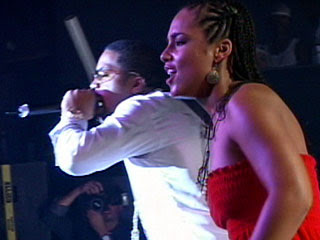 New York natives and music sensations JAY-Z and Alicia Keys, will perform their hit single "Empire State Of Mind,” one of the songs off of JAY-Z’s album The Blueprint 3 on the field at Yankee Stadium prior to Game One of the 2009 World Series on Wednesday, October 28. Shortly afterwards, Keys will also sing the national anthem.

"As a die-hard Yankee fan, I'm honored to perform a song that celebrates the greatness of New York in one of our city's most important landmarks, Yankee Stadium," said JAY-Z.