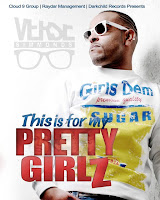 In February 2009 Jimmy Iovine and Rodney Jerkins of Dark Child Records signed Verse Simmonds to a deal at Interscope Records. Within 6 weeks, Team Verse, along with help from Dj Trauma, Emperor Searcy, Dj Infamous, and Dj J1 put Verse's first official single "Buy You a Round" on the map in the ATL.

Verse is on the road four days of the week doing paid shows and promotional runs to create awareness and meet the fans.

"Buy You A Round" Highlights:

"Buy You A Round" debuted at #9 on BET's 106 and Park Countdown, leading Verse to a live performance when the video peaked at the #5 position on the countdown. 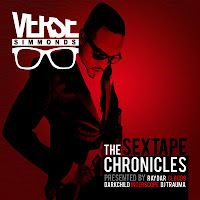 The Sextape Chronicles, the prequil to the album, has reached over 60000 downloads and 20000 copies of mixtape sold independently.

Verse recently dropped a new single called "PRETTY GIRLZ" a hot summer song that will have the ladies feeling real good about themselves.

Download "PRETTY GIRLS" HERE and let them know what you think. Log onto to www.versesimmonds.com for latest updates and show information.