Atlanta Falcons Defensive End Chauncey Davis, joined by nearly 300 guests, honored five distinguished leaders for their work in serving the greater Atlanta community during a special fundraiser on April 14, at Mercedes Benz of Buckhead. As he does every year, Davis highlighted influential Atlantan’s who have been instrumental in the lives of others at the Chauncey Davis 2010 Champions for A Cause fundraising event. This years’ honorees were Baranco Automotive Group founders Greg & Juanita Baranco, Vice President and General Manager of McDonald's USA Harry Coaxum, President/CEO of The Georgia Lottery Corporation Margaret DeFrancisco and Grammy-award winning artist and founder of Big Kidz Foundation Antwan "Big Boi" Patton.

After seeing his mother suffer and eventually losing a leg due to complications with Diabetes, Chauncey decided to act. On the field you can expect him to bring the pain to anyone thinking they’d move the rock pass him, but off the field, the man was helpless watching his mother fight for her life. "Each year, the Chauncey Davis Foundation works to impact the lives through grassroots programs and interactive projects. After my mother lost her leg due to complications associated with diabetes, I wanted to make a difference that would not only educate young people but also save and change lives," said Davis, who started the foundation in 2007.
The Las Vegas casino inspired affair was hosted by Hot 107.9 radio personality and hometown darling, Rashan Ali. The evening also drew a host of other celebrities making their contribution and supporting the cause: Atlanta Falcons John Abraham, Atlanta Falcons Jonathan Babineaux, Atlanta Falcons Jamaal Anderson, Atlanta Falcons Kroy Bierman, DeKalb County Commissioner Lee May, former DeKalb County CEO Vernon Jones, Meet the Browns’ actress Terri Vaughn, former Atlanta Falcons Ed Hartwell, Real Housewives of Atlanta's Lisa Wu Hartwell, former Atlanta Falcons Bob Whitfield, Donald Trump Apprentice's Marshawn Evans, Tyler Perry Studios' Roger Bob, Meet The Browns' Logan Browning, rapper Young Joc (he served as a celebrity dealer at the Blackjack table), 95.5 The Beat's Murph Dawg, first-round draft prospect Dakoda Watson and more. 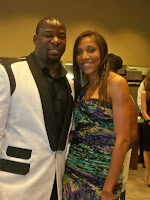 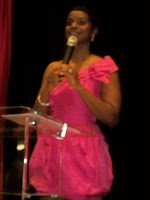 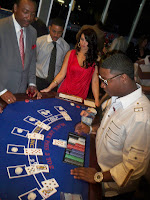 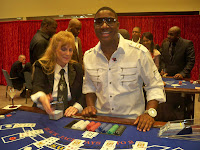 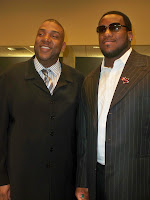 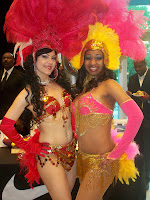 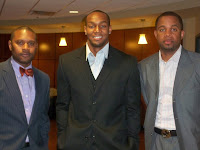 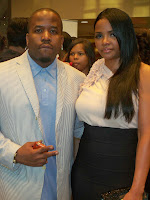