What prom costs these days is like making a down payment on a car except you can drive the car all the time, but prom is only for a night. It’s the ultimate rite of passage for all high school girls and it’s their time display the princess within.

What’s disparaging is when a family can’t provide that experience. The men usually buy the tickets, pay for dinner and their rented tux and still don’t come close to what young ladies are spending on dresses. So in 2003 Bonita Johnson formed The Enchanted Closet to allow Cinderella to have her day and to outfit disadvantaged girls for their prom. Her philosophy was that no high school girl should miss this night because she could not afford the dress. With this principle, the metro Atlanta area came on board and an outpouring of support has allowed The Enchanted Closet to outfit thousands of girls since the organizations took root. Another person who took notice of this noble mission was Elle Duncan, V-jay at Atlanta’s top rated radio station V-103. Elle saw the need and decided to impart her influence to make more of an impact.

“There are so many incredible organizations and charities in Atlanta that really don’t get a lot of shine or spotlight because they don’t have sexy people attached. So I thought the Cause & Effect Series would highlight these organizations. Obviously it was such a perfect fit for me to start with Enchanted Closet because I’ve been working with them for four years. It’s one of those organizations that people seem to overlook the need for it…They don’t understand…what it’s like to have that rite of passage to dress up and feel beautiful and feel self confident and to have a man treat you like a lady and have an amazing dinner! You just feel like Cinderella. You feel like a princess! I just thought it wasn’t fair that prom night cost an average of five to six hundred dollars to go.”

The Cause & Effect series was hosted by Garner Circle PR and held at Midtown's Studio 1 Five 0. The night went off beautifully with people walking in some of the most elegant gowns. Quite a few dresses were brand new and still had the tags on them. To learn more about The Enchanted Closet, go to http://www.enchantedcloset.org and to learn about the next Cause & Effect series, tune in to Middays with Elle or go to http://www.whoiselle.com. 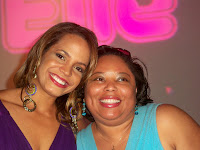 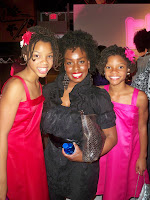 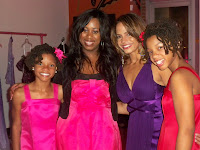 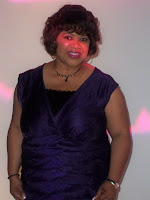 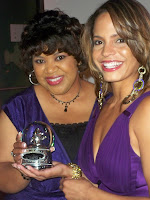 Enchanted Closet, Inc said…
Thank you for the outstanding support and coverage of this awesome event!