Monica a Home Wrecker too? Say it Aint So! 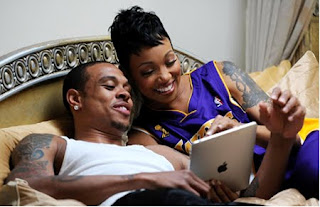 No matter where you come from, Monica just seems like she’s everybody’s home girl. So when we hear gossip about the goings on of ‘ya girl’, we think it couldn’t possibly be ‘our’ Monica. Mo? Miss Thang? Nah, you got the wrong one.

But this time we got the right one. Monica Arnold’s news about a break up with former fiance and Atlanta Rapper Rocko came as a surprise. But the news of her being another famous home wrecker is what took everyone’s breath away. Monica has been seen arm-in-arm with LA Lakers Shannon Brown and both are all smiles. Shannon also appeared as the leading man in Monica’s Love All Over Me video. 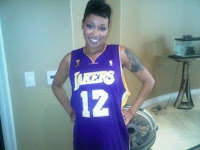 Monica and Rocko have two small boys together and seemed to be headed down the aisle to the altar. Scratch that. With reports that Rocko may have played part in some groupies-gone-wild dealings, no concrete reasons have actually surfaced of their split last fall. But for sure, Monica is Still Standing and moving on. She’s currently on the Passion, Pain and Pleasure tour with Trey Songz.

After learning of the media rumors about the lady in his life, Shannon went to Twitter to address the matter personally and expeditiously: 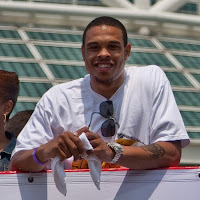 “I write this to set the record straight. Media deception makes unfair and false reports of the truth, and it does not bring out the best in ANYONE. Monica is my girlfriend, confidant and a strong successful women that has been though a lot herself but she is in no way, a home wrecker.
As a parent, I understand that parenting requires a partnership with my sons mother however the relationship between us fizzled a long time ago. Thus, never leading up to seven years, engagement or even talks of marriage. As parents, we have to continue to raise our son, and as individuals we both deserve happiness.” Thank you for the support and God Bless!
-SB
Shannon, way to be a stand up guy.

Anonymous said…
thanks for sharing..