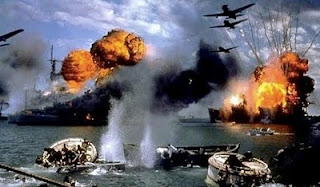 Universal Studios is planning a movie adaptation of Battleship, the popular board-game invented by Clifford Von Wickler in the early 1900s. Director Peter Berg (who once brought us Hancock) has been hired to helm the project. The film is scheduled for a release in the spring/summer of 2012.

The film may claim some legacy from the board game, but it isn't exactly your grandfather's Battleship. Case in point, we don’t recall a Barbadian pop princess named Rihanna but she’s in this installment. So far, the words mum as to what character she’ll be playing, but by the pictures leaked on RihannaPhotos.org, she’s enlisted in the United States Navy. Go RiRi. 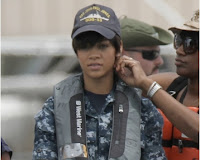 Plot:
"A fleet of ships is forced to do battle with an armada of unknown origins in order to discover and thwart their destructive goals." 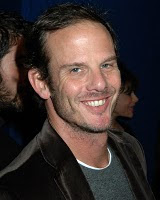 "There's a group of life forms from some other planet have come to our planet for something. They've got a very specific agenda. That agenda is not global domination. It's an agenda and that agenda puts them into conflict with members of our military. Their technology is relatable. It's not incredibly far out and unbeatable. It's comprehensible. Hopefully it'll make for good fun and an intense ride."

I'm not sure to understand how battleships and cruisers could fight against mighty alien invaders who are able to cross the void between the stars... But I suppose that Director Peter Berg will still manage to make the film entertaining and interesting to watch.