Seal and Supermodel wife Heidi Klum bare it all (literally) in his steamy new video "Secret."

The celebrity duo filmed the video for Seal's new single "Secret" from their bed to promote Seal's upcoming album "Seal 6: Commitment." And Klum insists she and her husband were naked under the covers. This is true since it seems the covers slipped a few times in the video. Other times, there were no covers. 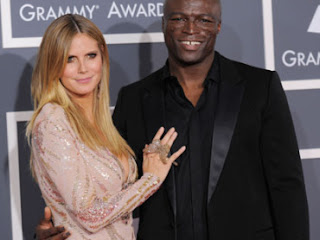 "It's the story of two people in love," says Klum.

"My husband is what I always wanted and never thought I would have. The song, the movie, it's the story of our love."

Seal's new album "Seal 6: Commitment" will be in stores this Tuesday.