Everyone Loves a Tell All...except for him!

NFL star, Antonio Cromartie (New York Jets) is about to be put on blast. His ex-fiance Rhonda Patterson, is gearing up to publish a memoir of their rocky relationship which ended a few days before their $200,000 wedding and before the birth of their first child, his sixth. 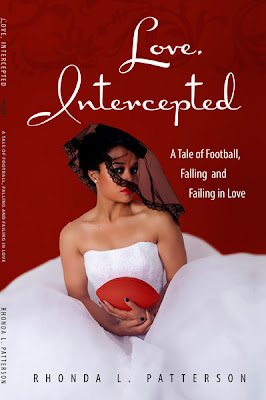 “Love, Intercepted: A Tale of Football, Falling and Failing in Love” is a book about her relationship and a bad romance, but she never mentions his name.

“It goes nameless because the story is bigger than him,” Patterson told The NY Post. “This is not a book to bash him. It’s meant to help women avoid making the same mistakes I did.”

Cromartie, the father of nine children with eight women in six states seemingly has an issue with commitment. Although his ex’s goal isn’t to bash or blame the ball player for his irresponsible action and childish behavior, she wants to tell the story to share the lessons learned.

She also said he was the best sex she ever had.

“I will give it to the man — he’s talented, well endowed, and . . . it was truly the best sex I’d ever had,” she writes. “He was one of those lovers who would caress you, stroke your hair . . . look you in the eyes and ask you to have his child. I thought his asking me to bear his child meant he loved me.”

During their relationship, however, reports of STDs, secret meetings, and multiple women drove her love in a different direction. Eventually the couple went their separate ways after he canceled the wedding nine days before the date and kicked her out of his San Diego home to raise their child alone.

So much drama. Check out the book at www.shpbooks.com.