By overwhelming popular demand, multi-platinum recording artist Usher has added a second North American leg to his acclaimed "OMG Tour." The newly scheduled dates, presented by AEG Live's Concerts West and Atlanta Worldwide Touring, are set to kick off in Ft. Lauderdale, FL on April 27th and will feature special guest superstar Akon. The "OMG Tour" is currently taking audiences by storm with Usher's brand of hit-filled R&B-infused pop and will continue to delight fans throughout the U.S. and Canada well into 2011. Full North American tour itinerary is listed below and on the events page. 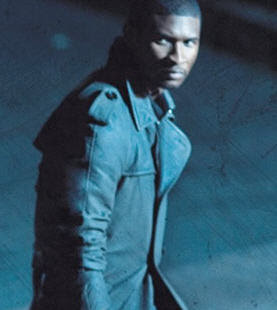 Last Sunday Usher wowed audiences when he "dropped in" for a surprise Super Bowl halftime performance alongside The Black Eyed Peas, and his recent "OMG Tour" performances have received rave reviews from fans and critics alike. Daily Variety stated that "he is a consummate professional, showing full mastery of both voice and body." Detroit News described the singer as "a born entertainer whose effortless moves on the stage never ceased to amaze," while the Chicago Tribune raved that "turning the arena into his own house of Usher, the singer celebrated his R&B dominance of the last 15 years." Newark's The Star-Ledger commented that "Usher, who seems to have spent most of his life at the top of the Billboard charts, danced straight through an explosive headline show," and the Washington Post reported that "he glided across the stage gracefully for nearly two hours of choreographed dance routines. He elicited constant shrieks and squeals from fans who packed every seat in the arena."

Grammy-nominated international pop star Akon first rose to prominence in 2004 with his smash debut album Trouble. Since then, he has sold over 10 million albums worldwide and has become one of the industry's most sought after songwriter/producers, collaborating with megastars such as Michael Jackson, Lady Gaga, R. Kelly, Gwen Stefani and Eminem. He is the first solo artist to hold both the number one and two spots simultaneously on the Billboard Hot 100 charts-an achievement he attained twice. In 2007 alone, Akon won the American Music Award for Favorite Soul/R&B Male Artist; three World Music Awards in the categories of Best Selling R&B Male Artist, Best Selling African Artist and Best Selling Internet Artist; as well as the Billboard Music Award for Artist of the Year. Akon's global appeal continues to flourish and transcend cultural and geographical boundaries. His highly anticipated Stadium LP has been previewed with its first single "Angel", which debuted during his performance at Victoria's Secret Fashion Show and is set for early summer release.

The "OMG Tour" follows Usher's pop chart smash, "DJ Got Us Fallin' In Love," from his recent release Versus, an extension of his platinum sixth studio album, Raymond V. Raymond. The record debuted at No.1 on the Pop and R&B albums charts, and spawned five hit singles including "Hey Daddy (Daddy's Home)," "Lil Freak" featuring Nicki Minaj, "There Goes My Baby" and "OMG" featuring will.i.am. Usher will preview his upcoming tour dates with a performance at the 53rd Annual Grammy Awards on Sunday, February 13th, 2011. For updated tour information and news, visit Usherworld.com, www.Facebook.com/Usher, and www.MySpace.com/Usher.