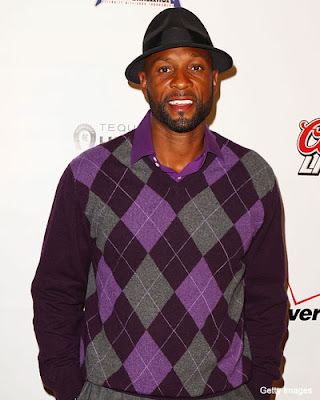 During his NBA playing career, Alonzo Mourning(notes) was known for his long frame, exquisite timing and defensive footwork. It allowed the 6-foot-10 center to rank as one of the more destructive defense forces of his generation, with a Hall of Fame career only partially curtailed by a kidney disease that eventually required a transplant.

He was also a very good screener, getting in the way of opposing point men in order to allow teammate Tim Hardaway (who struggled with bad knees after several operations) a clear look at the rim.

Right around noon on Friday, in downtown Miami, shocked drivers on the city's busy US 1 road got to see both elements in action.

Apparently, Mourning dashed out of his truck and into traffic to act as a crossing guard for a pedestrian who needed the assistance. Mauricio Maldonado of the Sun Sentinel has the report:

Mourning's vehicle had been sitting in traffic on the right lane, when he spotted a disabled person sitting in a motorized wheelchair along the curb. Mourning jumped out of his SUV, stood in the road and stopped traffic by raising his long arms, while the wheelchair-bound pedestrian made it to the median. Then, the seven-time NBA All-Star immediately went to the southbound lanes and raised his arms to command stunned drivers to stop. All traffic movement instantly stopped, and the wheelchair safely made it to the other side.

After making sure the citizen was safe on the other side of the road, Mourning lowered his arms and headed to his SUV to the sound of cheering fans, who recognized the 6-foot-10 temporary crossing guard.

That's easily the coolest thing we've read all day, and knowing Mourning? It seems kind of typical. His gait, his determination, his quick thinking, and those long arms all add up to a story like this.

The Miami Heat have been kind of lacking on the interior this season. Perhaps Zo has a few more reps left in him?