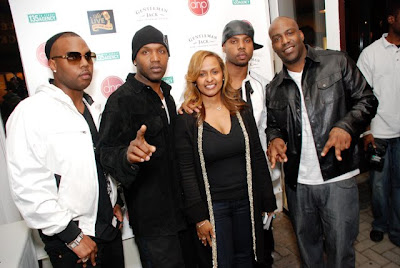 Season 2 of the popular ATL LIVE ON THE PARK showcase series, hosted by Kenny Burns and founded by Shanti Das and Marlon Nichols, kicked off last night at Park Tavern with R&B veterans Jagged Edge headlining an unforgettable show. As usual, industry VIPs were in the building, including Ludacris, Kelly Price, RL, Jazze Pha, Chaka Zulu, Bryan Michael Cox, Devyne Stephens, Latavia Roberson, Mychael Knight, Takeo Spikes, Real Housewives of Atlanta's Peter Thomas and Lawrence Washington and more. Newcomers Winston Warrior, Stephani Parker and Xavier Lewis (winner of the Georgia Lottery's All Access Music Search) opened the show before JE hit the stage and thrilled the crowd with classics such as "Let's Get Married," "I Gotta Be" and "Where the Party At." Kelly Price even surprised the audience with an impromptu performance of her single "Tired." 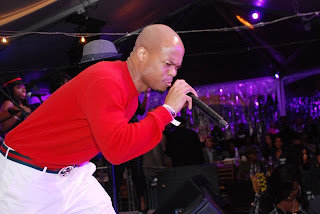 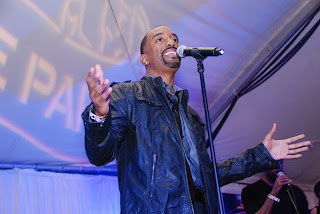 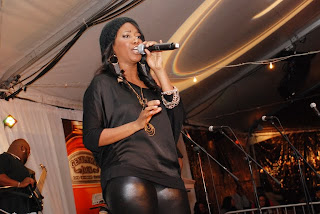 Stephani Parker sings her heart out! 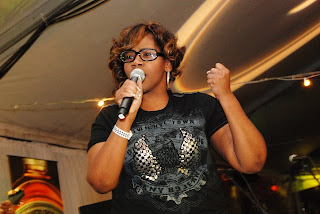 Kelly Price surprises the crowd with her single "Tired"

The next ATL LIVE ON THE PARK is April 19, 2011. For more information, visit www.facebook.com/shantidasandmarlonnicholspresents, www.twitter.com/ATLLiveonthePark or www.twitter.com/PressResetEnt.

This article was the contribution of Saptosa Foster and The 135th Street Agency.