A Snippet Here; A Snippet There 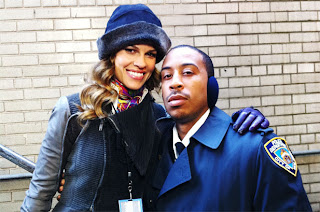 Hilary Swank poses with co-star Ludacris on the set of 'New Years Eve', their upcoming movie, in which Luda plays a police officer. 'NYE' shows how the lives of several couples and singles in New York intertwine over the course of New Year's Eve. 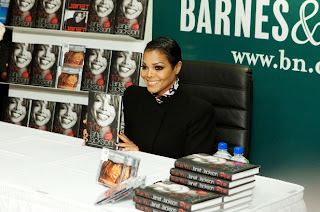 Janet Jackson promoted her book, "True You: A Guide To Finding and Loving Yourself," in New York City on March 19. Has she really found her true love? We'll see in the next book. 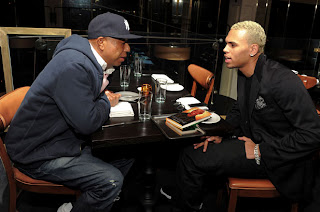 Russell Simmons' second gig should be to calm down hip hops angriest artists. He's really good at helping them reach their chi. If I could decipher the conversation, he's telling Chris, "...stop beefing with women named Robin and chill the hell out!...Cover the tats; you aint Cisco. You have a career! 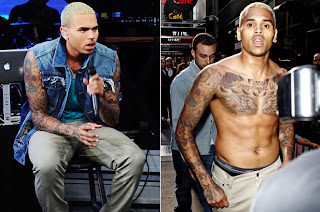