Who Is Leon Timbo and Why Does He Think He Can Sing With Tyrese?

"My songs are birthed in secret places on a stage of transparent prayers so they require the listener to be ready to be transparent in their listening," explains Timbo.

Combining soulful warmth, a genuine and folksy feel with his immediately recognizable voice, Leon has sung his way into the hearts of industry leaders like Quincy Jones, Sean "Diddy" Combs, R. Kelly, and many more along with his host of fans worldwide. His ability to say what so many feel is uncanny.
Simple yet sophisticated, Leon's’ music and lyrics have phenomenal accessibility and universal appeal. He expresses what every man wants to say in a relationship where he feels he's failing or to true friends. Leon’s music even invites the listener on a patriotic ride with political expressions. Leon sets his passions on the Creator exclusively with the reminiscent seventies register of styles and a bit of Seal like quality. 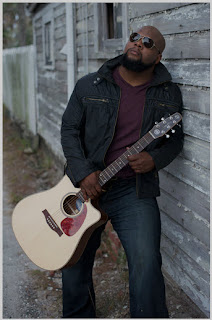 Leon Timbo began singing at the late age of 16. In his early 20's, he chose the acoustic guitar to further his expression through music. Leon began traveling in 2006 after a national album release of "Soul Sessions" with an independent label. The album did poor in sales due to the lack of marketing and budget, but this did not stop Leon from his grass roots self marketing. Leon chose to use this as a platform and stepping stone. With his consistent grinding, Leon was doing over 150 shows per year by 2008. Leon has received abnormal success and publicity over the country as he simply explains the most under discussed and simply misunderstood parts of life, love, and God in a very non religious approach.

Babyface feels its time to tirelessly labor to house Leon Timbo's authentic sound to present Him to the world. He says, "Leon Timbo is going to take this industry by storm. He's diverse and he has the natural charisma it takes to stand out in a sea of artist."

Timbo has a heart to speak truth acoustically and build upon an already inspiring tradition of music set before him.