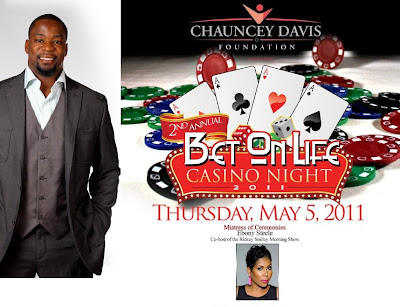 Atlanta Falcons Defensive End Chauncey Davis once again pulls off another successful fundraising gala. The 2011 Bet on LIFE Casino Night soiree hosted a whose who of Atlanta and honored exceptional Atlantans for their work in being of service to their communities.

The Chauncey Davis Foundation takes great pride in working to impact the lives of youth through implementing programs and interactive projects to combat adolescent obesity and the onset of diabetes. Chauncey makes his feelings known about how the disease effects him by acknowledging what its done to his mother, “After my mother lost her leg due to complications associated with diabetes, I wanted to make a difference that would not only educate young people but also save and change lives.” 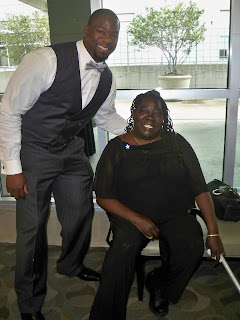 With more attention now on childhood obesity and the campaign launched by First Lady Michelle Obama to Move Your Body, Chauncy Davis weighed in on that saying, “its a great idea that more people are paying more attention to this problem. This will eventually offset the long term issues that could eventually affect them. What they are doing with this campaign is recognizing a problem before it begins to affect them and he applauds that.”

Chauncey also noted many athletes who retire from the game and never change their eating patterns afterwards and how it can affect their lives. Only learning during this interview about the death of William Perry, former Chicago Bears Defensive Lineman who suffeered from Guillain-Barre syndrome, an auto-immune disorder that causes weakness and paralysis. Chauncey was surprised and respectfully saddened to hear of his death. It was also known that Perry struggled with his weight and eventually topped 400 pounds well after having retired from football. “I notice this happens a lot with athletes. With their jobs, some of us are required to be big and we're encouraged to eat, eat, eat. Then after retirement, they stop working out and performing, but they keep eating like they did when they were playing. They've been conditioned for so long to eat one way and they don't think about conditioning themselves to be another way with their lifestyle changes. When this happens, their motabolism slows down and they begin to see problems occur do their habits. You should still eat. Just eat different things, smaller portions and keep moving.”

Chauncey encourages everyone to be healthy and it starts at home and with family. So when it comes to the Davis family, Chauncey knows that his family is at risk. Last year at the Bet on LIFE fundraiser, he admitted that he'd come from a family of large proportion. Many of the people in his family were obese and suffered health problems stemming from their weight. And now he urges everyone to get moving and acknowledging their status so they can move towards better health.

So this year the 2011 Bet on LIFE Casino Night picked up where they left off last year, in the casino. When asked why he chose the same theme as last year, Chauncey noted that it worked and everyone loved it so he's sticking with what works and he'll continue to do this going forward.

The Chauncey Davis Foundation hosts a number of initiatives annually including a 6-week comprehensive health, education and fitness program called Project LIFE (Life, Information, Fitness and Education) and Bike for LIFE, which provides more than 200 bikes to youth to encourage year-round fitness and activity. The foundation also partners with Diabetes Association of Atlanta and Piedmont Hospital to provide various health screenings at community events. 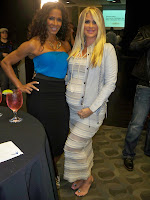 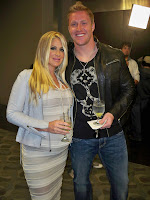 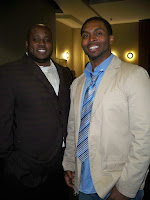 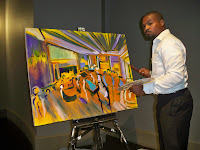 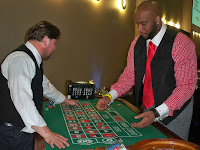 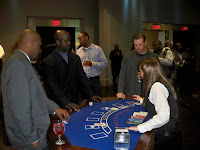 Unknown said…
Took me time to read all the comments, but I really enjoyed the article. It proved to be Very helpful to me and I am sure to all the commenter’s here! It’s always nice when you can not only be informed, but also entertained!
Healthcare business process outsourcing
February 13, 2014 at 12:56 AM