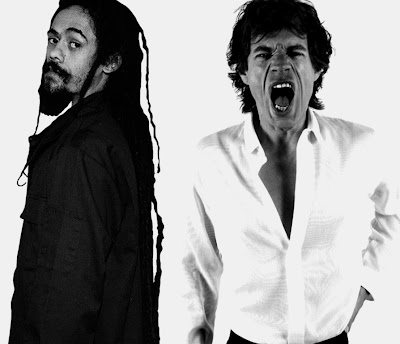 Image courtesy of Eurweb.com
Damian Marley is known for his ecletic collaborative choices and he's at it again with a jambalaya-like new project. On his latest project he'll be collabing witht he likes of Mick Jagger and creating a group called Super Heavy. Marley has also recruited the sounds of sultry soultress Joss Stone, Eurthymics member Dave Stewart and producer A.R. Rahman.

Per Rolling Stone, they've been in the studio recording for at least 18 months with an anticipated debut date of September.

“It’s different from anything else I’ve ever been involved in,” says Jagger. “The music is very wide-ranging — from reggae to ballads to Indian songs in Urdu.”

They are actually further along than expected. Super Heavy completed their first single and filmed the accompanying visuals and is looking around for a major label deal.