Blair Underwood....COMING TO THE STAGE 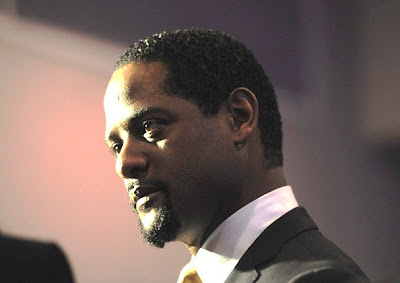 Sine NBC has not renewed "The Event", Blair has quickly moved on and is now refocusing his attention to the theater.

The Hollywood Reporter states the famed actor will make his Broadway debut as Stanley Kowalski in the Tennessee Williams play 'A Streetcar Named Desire'. The play will be directed by multi-award winning Emily Mann.

Streetcar is set in New Orleans’ French Quarter, revolving around an ex-teacher and socialite Blanche DuBois, who moves in with her sister Stella and her husband Stanley (Underwood).

Streetcar was last performed on Broadway in 2005 with Natasha Richardson, Amy Ryan and John C. Reilly.

Blair Underwood’s theater credits include the 2004 workshop of one-man show IM4: From the Mountaintop to Hip Hop, which he created and was written by his brother Frank. He has also starred in the New York revival of Purlie opposite Anika Noni Rose, Measure for Measure, El Negro en Peru, The Game of Love and Love Letters with Alfre Woodard.

'A Streetcar Named Desire', from Front Row Production, is scheduled to bow on Broadway in the spring 2012. The theater has yet to be announced.