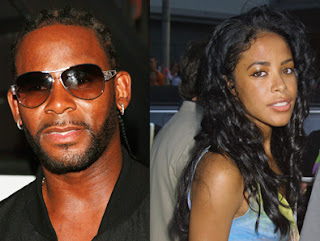 Oh yes, here is some dirt. All of these years have gone by and many suspected something more between singers Aaliyah and R. Kelly. Now there just might be something to back the rumors.
Kelly’s former personal assistant Demetrius Smith has written a book called “Man Behind the Man.”

The author goes on to talk about the pedophilia his former boss committed, including urinating on a little girl.

Evelyn Lozada to Publish Series of Novels Based on Her Life

Evelyn Lozada, former fiancée of NBA star Antoine Walker and soon-to-be wife of NFL star Chad Ochocinco decided chronicling her life in a series of novels would definitely win her a different kind of reputation.

Lozada’s new book series, “The Wives Association,” promises to take readers on a journey with her alter ego, Eve Inez-Landon.

While few details have been revealed about the books, “The Wives Association” will present a behind-the-scenes look at the truth of what it’s like to be married to a famous athlete.

No word on whether she'll dish about her relationship with Chad. 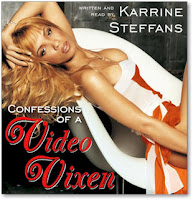 Currently promoting her newest book “Satisfaction,” Karrine Steffans is suddenly claiming that the stories of her sexual encounters with famous athletes and entertainers detailed in her memoir “Confessions of a Video Vixen” were all untrue.

Steffans, who has also made headlines for accusing her ex-husband “Family Matters” star Darius McCrary of domestic violence, says the following in the video posted below:


Damzels' two cents: Raise your hands if you think she took a community college class on writing and now wants to be taken seriously? Hmmm? Oh, you too?

Not for the most intelligent reader, Flavor Flav pens his memoir on his past drug addictive life and how he managed. Flav says he spent thousands of dollars on drugs a day – for six years.

In his new memoir “Flavor Flav: Icon," Flav says, “I was spending $2,600 a day, for six years, every single day (on drugs). I don’t know how much that is, but, if you did the math, wow, I went through a lot of money,” he told PopEater. “If I did the math I’d probably be shocked on how much money I spent, I’d probably punch myself in the face.”

Based on his estimate, he would have spent nearly $5.7 million over a six-year period just to fuel his addiction.

Jennifer Hudson has signed a deal to publish a memoir about her dramatic weight loss. The as-yet untitled book is expected to be released by Dutton next January. 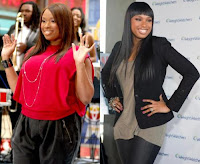 “I’ve lost 80 pounds,” the Oscar and Grammy winning mom of one told Oprah Winfrey in February.

Hudson has said she decided to lose the weight when she was pregnant with her son, who turns two in August. The memoir will detail Hudson’s “experience growing up in an environment where healthy living was not a priority,” as well as talk of her weight while competing on “American Idol,” according to statement from Dutton.

“Hudson wants to inspire anyone coping with weight issues, share some of her own best tips for losing and maintaining weight loss, fitting in exercise and keeping it fun,” the statement also reads.

Hudson, a celebrity spokesperson for Weight Watchers, went from a size 16 to a size 6.

“It’s like a brand-new me,” Hudson told Oprah. “Sometimes I don’t even recognize myself.”