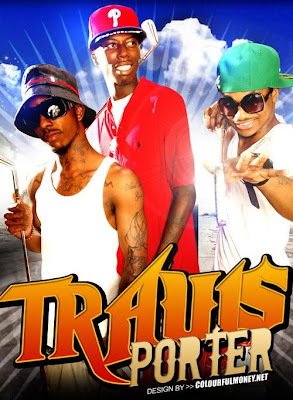 “I, Self, Me, aka ISM Entertainment, CEO William Summers II, am taking the sport of “Making It Rain” oh so serious, with lighting, followed by thunderstorms for the first time in Las Vegas, Nevada at Déjà Vu Presents Strip Hop in Las Vegas, kicking if off with BET’s Best New Group nominee and victor, “Travis Porter” June 27, 2011.”

Say what? Think of it like this, Summers said it best, “thunderstorms are coming to the Mojave Desert.” It’s not a secret that Las Vegas is identified throughout the world as the adult playground — topping it off with the clubs like the world renowned, sexual ecstasy Larry Flynt’s Hustler Club, with over 70,000 square feet, enough bliss for any man wanting to fulfill their deepest personal pleasure fantasy.

With that said, William Summers II, owner of ISM, saw a need in Vegas, therefore, with nonstop determination,the conception of “Make It Rain Strip Club Edition” comes to Vegas at 4740 S. Arville Street in Las Vegas, Nevada every Monday night.

It’s going down! Summers just so happens to be Travis Porter’s, show executive producer. The trio from Atlanta Georgia, clarified that “having fun, while living life and loving women” is key to these three successful, hip-hop moguls, who obviously plan on making it rain in Las Vegas, after winning the BET Awards for 2011 Best New Group.

Unquestionably, the hype from being nominated for the 2011 Best New Group, from Black Entertainment TV, speaks victory and by Travis Porter making their way to Déjà Vu Strip Hop at 4740 S. Arville Street, directly after the BET show on

Monday, June 27, ’11 in Vegas, only validates their one of many hits “Make It Rain,” as well as their latest smash “College Girl.”

Travis Porter is bringing it uncut, raw and like never before; it’s just what Las Vegas ordered. For those that may be unfamiliar with this particular phrase, it’s recognized in most urban cultures. “Making it rain”, by definition, simply insinuates, pin-pointing men of a certain caliber, who are looking for excitement, as well as pleasure at strip joints.

Therefore, these enthusiastic gentlemen enter the club intending to spend a generous amount of loot to toss in the air.

The stacks of bills in turn are showered down on the talented, exotic dancers, usually on the poles, with little or no clothes, exhibiting their sexuality only to quench the thirst of men’s imagination.

Although ISM Entertainment has been centralized for the most part in Las Vegas since ’03, William Summers II coordinates, travel and promotes special events all over the world. At this point, “making it rain” is a specialty sport, which is quite customary in leading cities throughout the country. Perfect examples, Magic City in Atlanta, KOD, housed in Miami and Club Onyx, straight from H-Town, of course it’s Houston, Texas – just to name a few. For that reason, the question should be, why not create this similar concept, “Urban Making It Rain,” in the city that never sleeps on June 27, ’11, and making this the number one, topless, sizzling, hip-hop strip spot in the U.S., if not the world.