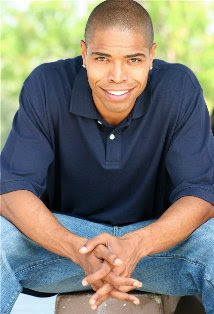 You think this celebrity sibling has it rough? He's related to a star more famous than him, but yet he seeks success in the same area. Instead of going off to do organic farming or race cars, these siblings of the very famous have decided seek to recognition in the huge shadow of his famous sister.

Can his association to the famous help? 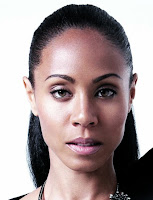 Jada Pinkett-Smith does have a younger brother. Meet Caleeb Pinkett. But unlike her equally famous offspring (Willow and Jaden), her 31-year-old brother (who also, apparently, goes by Caleb) is eons behind Big Sis in the accomplishments area. Pinkett has appeared in several movies, including “Lakeview Terrace” and the TV show “All of Us,” but his credits are slim compared to Pinkett-Smith’s. Fortunately, he’s a writer as well, so maybe he’s more focused on that as a career.

Pinkett could be a late bloomer, but since more of his work than not has come courtesy of a project Pinkett-Smith has been involved in, it’s safe to say he hasn’t blown away too many casting directors. But you never know – one good role could make the difference. Pinkett is in pre-production on Sweetwater, a new film starring James Caan and William Forsythe. We’ll see if this latest project boosts his profile.