Say Yes To The Part Taraji 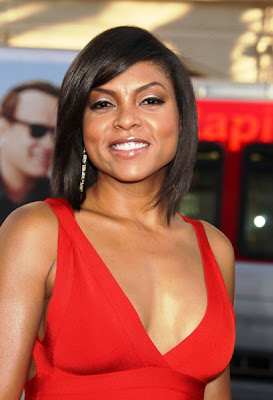 When Taraji P. Henson heard that Tom Hanks personally requested her for his latest directorial effort “Larry Crowne,” she agreed to the project without even knowing what the film was about.

“Apparently, Tom wanted me involved. So he called my manager and my manager called me and said, ‘Tom Hanks really wants you to be in his movie’, and I said, ‘Sure’,” she told the Huffington Post. 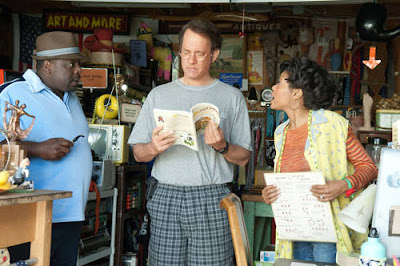 In the film, due July 1, Hanks plays a man who is downsized from his job and decides to reinvent himself by enrolling in college, where he forms some unexpected bonds with fellow students. He also catches the eye of Mercedes Tainot, a female professor played by Julia Roberts.

Henson plays Crowne’s next door neighbor B’Ella, a working class woman who hits it rich when she and her husband, played by Cedric the Entertainer, win the lottery. Scroll down to watch the trailer.

Below, Taraji is asked about the role backstage at the BET Awards…
Taraji P Henson on Larry Crowne role by CherieNic