Still Not on the Greens But Tiger Is In the Green 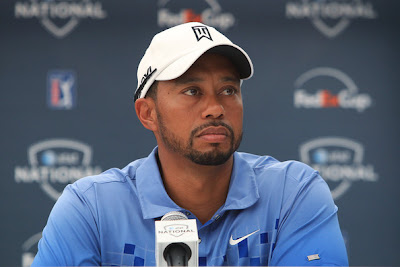 Tiger Woods’ current knee and ankle injuries may be keeping him from tournament play, but it has helped to land him his first endorsement agreement since a sex scandal sent his career off the rails nearly two years ago.

The athlete has signed on to promote a muscle-relief heat rub made by Japan- based Kowa Co.

Woods will serve as an “image character” for the company’s Antiphlogistic Analgetic Vantelin Kowa series of products, the Nagoya-based company said in a press release. A television commercial with Woods will debut in Japan in mid-July, the company said.

Kowa didn’t disclose terms of the agreement in its release.

Golf’s former No. 1-ranked player was injured in a one-car accident in November 2009 that led to his admission of marital infidelity and the downfall of his personal and professional career. He also hasn’t won a tournament since just before the crash.

Woods hasn’t played in a tournament since May 12, when he aggravated knee and ankle injuries sustained during the Masters Tournament in April.

Woods said in a news conference this week that he won’t return to action until he feels 100 percent healthy, putting his participation in next month’s British Open in question. Woods is hosting this week’s AT&T National tournament, a U.S. PGA Tour event which benefits his charitable foundation, at Aronimink Golf Club in Newtown Square, Pennsylvania.