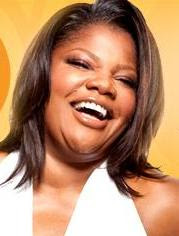 BET has responded to reports by Media Take Out and the Atlanta Journal-Constitution that “The Mo’Nique Show” has been cancelled. The network is choosing to go with another term for the sudden move: “production hiatus.”

“’The Mo’Nique Show’ will be on production hiatus beginning in the Fall,” BET spokesperson Kobe Swanson tells EURweb. “However, new episodes of the show will continue to air throughout the summer. Mo’Nique Hicks and ‘The Mo’Nique Show’ are important to the BET Networks family and we look forward to continuing our relationship with her.”

At about 1:30 p.m., I called Rodney Perry, who was Mo’Nique’s sidekick on the show. He said he was running into a meeting and didn’t answer my question. While I was at lunch over at the mall court, at 1:40 p.m. EST, he texted me: “I was told indefinite hiatus.”

That’s a euphemism for canceled.

In an interview I did at 2:40 p.m., the stand-up comic said he enjoyed the experience working with Mo’Nique. “I’m selling out shows now,” he said. “That’s a win.” He heard the news from Mo’Nique’s husband but hasn’t spoken to the Oscar-winning actress yet. (He wouldn’t say when he knew about this, implying he has known for awhile.)

“We did some good work,” Perry said. “And I think the show is significant. There hasn’t been an outlet for people of color late night since Arsenio.”

The talk show, which Mo’Nique compared to a high-energy nightly party, lasted two seasons and had been taped in Turner Studios, which are now being used for BET’s show “Reed Between the Lines” through October. When I heard that earlier today, I wondered if that meant “Mo’Nique” was not coming back or had been moved to another studio. If her show were coming back, she would be taping by August. (Like many shows, it does not tape original episodes during the summer.)

Mediatakeout, which broke the story, said there were conflicts between BET management and Mo’Nique. Was it creative and/or financial? The story does not say. It also doesn’t say if BET will seek another talk-show host or just drop the concept.

Perry isn’t sure why the show was cut but thinks it might have been a financial decision. “They haven’t had this type of investment ever,” he said. “We did 300 shows over two seasons. That’s a huge investment.”