Dwyane Wade gets an offer to work at KFC 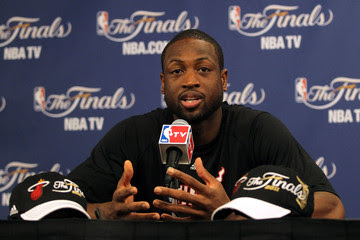 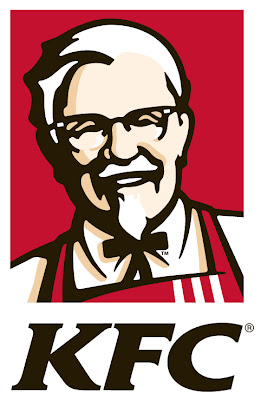 The NBA lockout is such a force that it even has its own brand of humor. Minutes after the calendar turned to July, players were already making jokes about being unemployed, or needing money, or looking for work. Miami Heat star Dwyane Wade(notes) was one of those players, asking "Any1 hiring?" on Twitter and then going about the very normal unemployed American business of attending fashion shows in Milan.

However, one of Wade's former employers took the tweet somewhat seriously. In high school, he worked at KFC for a spell. Now, he has an offer to return to America's favorite chicken dispensary for a day. Here's its offer letter, from the Colonel's official website:

We couldn't help but notice your recent tweet about looking for a new line of work in light of the lockout. We're always looking for folks with precisely your qualifications — initiative, teamwork and the ability to make buckets in a hurry.

We've always been proud to call you a former KFC employee and, it goes without saying we'd love to have you back on our team dishing out the World's Best Chicken, like you dish out assists on the court.

Our offer: Come serve as an honorary captain at a local KFC drive-thru window. And, while we can't match your most recent salary, we'll honor your KFC service by making a donation in your name to Colonel's Scholars, a charity providing young people with much needed college scholarships, if you accept. How's that for a slam dunk?

OK, so KFC did not take Wade entirely seriously, because they are using this situation as an opportunity to promote their product and give some money to charity, not to add a seven-time All-Star to the food prep team at a Miami-area restaurant.

Still, it would be nice if Wade meets KFC's challenge and gets involved for a good cause. While it would be hyperbole to say Wade wouldn't be where he is today without the experience of scooping lumpy mashed potatoes into conveniently partitioned containers, there's no reason he can't use the connection to give back to the community. If KFC gets some not-entirely-earned publicity out of it, then so be it.

Plus, it has grilled chicken now! I bet Dwyane wants to see how they prepare it.