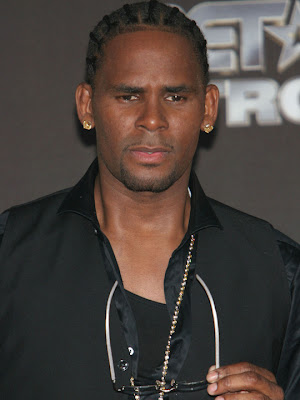 R. Kelly has been put on leave from his music career for an indeterminate amount of time while recouping from emergency throat surgery on Tuesday.

As previously reported, Kelly complained of severe throat pains before being sent to Northwestern Memorial Hospital in Chicago by a specialist. There, doctors drained an abscess on one of the singer’s tonsils.

“It is not known” when he will be able to resume performing, publicist Allan Mayer said in a statement to The Hollywood Reporter.

R. Kelly's sickness could not happen at a worse time as its just on the heels of the singer who now faces a $2.9 million foreclosure on his suburban Chicago mansion.

The principal due is more than $2.9 million.

The R&B singer's spokesman, Allan Mayer, declined to comment about the foreclosure. But he tells The Associated Press that Kelly isn't in financial trouble.

Mayer says Kelly now lives in Chicago and that his recent tour and 2010 album, "Love Letter," were both successful.

Silenced but still communicating through Twitter, Kells tweeted to his fans:

KellZodiac R. Kelly
"I'd like to thank everybody for their love, concern and support. I WILL BE BACK!"

KellZodiac R. Kelly
"I refuse to take another cup of theraflu! I feel like my throat is coming back. I've been in bed sweating like crazy. Thanks guys!"

Many R. Kelly fans have been showing love and support via his Twitter page.

See Kells new video, "This is a Radio Message":