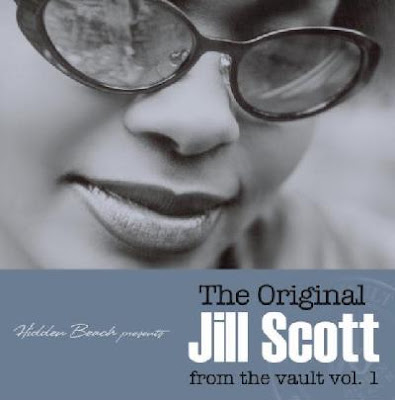 Los Angeles – Hidden Beach Recordings is set to release their first volume of vault material entitled Hidden Beach Presents: The Original Jill Scott From The Vault Vol. 1 on August 30, 2011 it was announced today.

This highly anticipated project will be available in both Standard and Deluxe Editions and continues the Hidden Beach legacy of releasing music with “A Sound…A Style…and A State of Mind.”

“The Hidden Beach family congratulates Jill on the success of her newly released Blues Babe/Warner Bros. CD,” stated Hidden Beach CEO Steve McKeever. “We were initially going to release our project, formerly titled “Just Before Dawn: Jill Scott From The Vault Vol. 1,” in early June. In an effort to support her new artistic endeavor, at Jill’s request we changed the title of our album and moved the release date as not to confuse the marketplace.”

Hidden Beach Presents: The Original Jill Scott From The Vault Vol.1, will include music from various recording sessions that were intentionally held for future releases including songs slated for what was to be Jill’s 4th studio Hidden Beach release. “We worked with Jill to select and approve all songs on the album in order to insure that it represented the “honest emotion” that represents Jill’s artistry,” continued McKeever. “This project, together with her new Blues Babe/Warner Bros. album, is a gift this summer to music lovers around the world.

The inaugural vault project was first titled “Just Before Dawn,” as it was originally scheduled to appear before “The Light of The Sun” and due to the fact that the songs were recorded prior to that project. Initially planned for a late May release, as the schedules for each title moved closer, the decision was made to move the release to later in the summer to provide breathing room for both releases. The new title was derived from Jill’s own words on the Alric and Boyd production of the soul/dancehall fusion track, “Love to Love,” which appears on The Original Jill Scott.

The Original Jill Scott From The Vault Vol. 1 will be released in two versions with different distinct packaging. A Standard 11-track Edition and a Deluxe Edition. The Deluxe Edition, sure to be a fan favorite, will include special silver foil packaging, two live bonus tracks and a twenty page booklet with full lyrics and producer notes.

Deluxe bonus material
And I Heard
(Do You Understand?) Live at the House of Blues
North Side Philly Love Live at the Hidden Beach Launch Party

Hidden Beach is proud of being known for the quality of the recordings released through their label. The Original Jill Scott From The Vault Vol. 1 was mastered by AfterMaster HD Audio which is an award-winning post production process for mastering and remastering audio which has been described as one of the biggest breakthroughs in audio since the introduction of digital music.