Kelly Rowland to Release Here I Am on July 26th 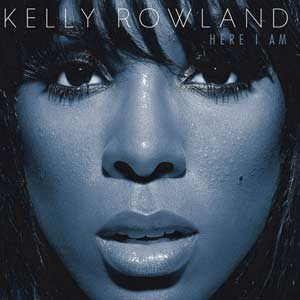 The five-time Grammy Award-winning singer-songwriter/actress/dancer and X Factor judge will turn up the heat this summer with this diverse collection of powerhouse pop hits, club-ready anthems, and sexy, smooth R&B-dosed jams.

Right now, HERE I AM's current chart-topping single "Motivation"[Featuring Lil Wayne] is lighting up airwaves everywhere, holding the #1 spot at Urban Radio for seven weeks strong without showing any signs of slowing down. It's ROWLAND's first #1 single as a solo artist, and it establishes a rock solid-foundation for her third solo album. The song's sizzling video is nearing 25 million views on YouTube/VEVO, motivating listeners everywhere to get down with ROWLAND.

Hot off the single's success, HERE I AM drops on July 26, and it features collaborations with a myriad of A-list talent. She hit the studio with Ne-Yo for the rapturous ballad "Heaven and Earth" and David Guetta on the uplifting dance-floor sensation, “Commander." ROWLAND continues her tradition of explosive collaborations with Guetta with whom she made 2009's worldwide smash "When Love Takes Over." That first collaboration landed in the Top 10 in 20 countries and was #1 on the Billboard Hot Dance Club songs chart in the U.S. and #1 on the Billboard European Hot 100 Singles chart.

The press continues to laud "Motivation" as well. CNN called her a "true diva" and says, "ROWLAND owns the stage with 'Motivation'. Billboard states "Motivation" thus far marks the singer/songwriter's biggest hit since being featured on Nelly's 2002 single "Dilemma." She's going to shine the most once HERE I AM hits.

Across the pond, ROWLAND was recently announced as the new judge on the UK's hit series, X Factor. It's just another facet of this multi-talented international mega star and pop culture presence. It all comes back to the music though, and HERE I AM is a declaration of ROWLAND's place at the top.

KELLY ROWLAND achieved global pop stardom as a member of Destiny’s Child, one of the best-selling groups of all time. She first stepped out on her own in 2002 with the release of her RIAA gold-certified solo debut album, Simply Deep, which reached #12 on the Billboard 200 chart. In 2007, ROWLAND’s second solo album, Ms. Kelly, hit #6 on the Billboard 200 chart and sold more than 1.2 million copies worldwide. Rowland’s third solo album, HERE I AM, features a host of A-list producers and songwriters, including Dr. Luke, Stargate, Salaam Remi, Ne-Yo, Rico Love, Jim Jonsin, RedOne, Tricky Stewart, Esther Dean, Rodney Jerkins, and David Guetta, among others.

The standard edition of HERE I AM has 10 cuts, while the deluxe includes four extras, including a remix of ‘Motivation’ and two new tunes.