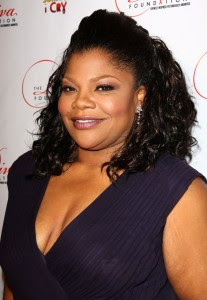 It’s been more than two years since Mo’Nique won a supporting actress Oscar for “Precious.”

Well now hear the the talk show/comedian/actress has settled on her next feature project. She is in talks to play a supporting role in the indie dramedy “Bumped,” according to Variety.

Her role would be alongside Katie Cassidy, Alex Gonzalez, Camilla Belle, Xenia Siamas, and Kellan Lutz.

“Bumped” would be produced by Brad Feinstein, Steve Carr, and Jason Taragan as well as Triel, no word yet when filming will begin.

This isn’t the first offer Mo’s received since the Lee Daniels directed “Precious.” It’s just that she’s been focused on her BET nightly “The Mo’Niqe Show.”