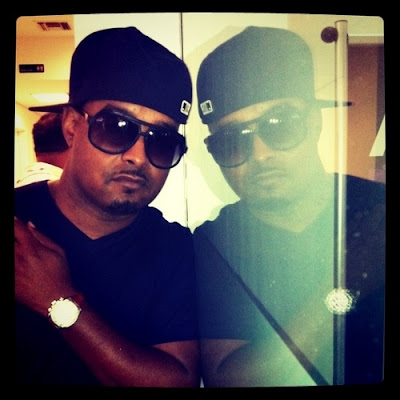 Giving acknowledgements to Jay-Z and Kanye for 'Otis', Skills jacks the beat and makes it his own. Titling the track "Yeah So What, he rides off on the song. And its hot!
Just as the two rapping titans release 'Otis', Skillz wastes no time to beat-jack and do his thing on it.
Taking to his Twitter, Skillz let's us know how he really feels about 'Otis' and Jay and Ye.

SkillzVa Skillz
If Jay and Ye didnt want me or anyone else to spit over Otis? They shouldnt have sampled "Otis Redding" LMAOOOOO!!
13 hours ago

SkillzVa Skillz
The "old niggas trying to make a comeback song" aint about Jay. Its just a line. I talk slick...I talk slick in regular conversation.
14 hours ago

SkillzVa Skillz
I know Jay personally...I heard "Otis" and thought it was ok.. I expected more..I said that in the freestyle...
14 hours ago

SkillzVa Skillz
And I aint sneak dissin Ye or Jay...them 2 niggas will prolly never hear the freestyle!! But if they did? So What? They aint worried abt me
14 hours ago

SkillzVa Skillz
And while Im at it? Lemme clear sumn ish up! I rap. Over beats. Been doing that for awhile. lol
14 hours ago

SkillzVa Skillz
I cant rap over Ye and Jay's beat?? Says who? You? FOH...lol
14 hours ago

Take a listen to 'Yeah So What':