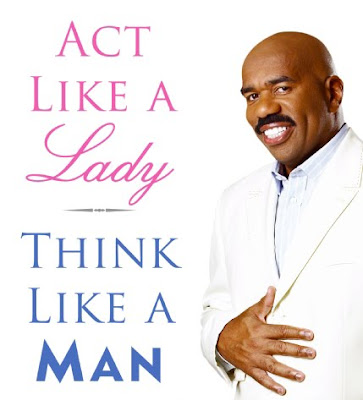 Los Angeles, CA – Production for “Think Like a Man” has begun in Los Angeles, CA. The highly-anticipated comedy is an adaptation of comedian and nationally-syndicated radio host Steve Harvey’s New York Times best-selling book, “Act Like A Lady, Think Like A Man.”

In the film, four interconnected and diverse friends have their love lives shaken up after the women they are pursuing buy Steve Harvey’s book and start taking his advice to heart. When the band of brothers find out that they have been betrayed by one of their own, they conspire to use the book’s teachings to turn the tables.

Will Packer (Stomp The Yard, Obsessed, Takers) will produce via his Rainforest Films banner.

“Steve Harvey has established himself as one of the funniest and most insightful voices in America. That coupled with an incredible cast makes this an exciting venture,” says Packer.

The screenplay was written by Keith Merryman & David A. Newman. Steve Harvey, Rushion McDonald and Rob Hardy will executive produce. “Think Like a Man” is scheduled for release on April 6, 2012.