Still Got It: Johnny Gill is Back With New Album 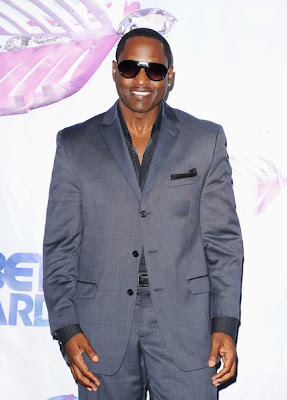 Johnny Gill took a moment before presenting at the recent BET Awards to announce that his new album will be released in the fall. Backstage, he explained why he allowed 16 long years to pass since the release of his last studio album – 1996’s “Let’s Get the Mood Right.”

“I was touring all year round, then doing projects with New Edition, LSG, Heads of State,” he told EUR’s Lee Bailey exclusively. Then, during his 11th year of studio inactivity, “Terry Lewis told me one day ‘Man, people wanna hear from you, and you’re gonna have to do something.’”

Five years after that conversation, and one year after signing with St. Louis-based Notifi Records for his sixth solo album, “The old man has now come out of retirement – officially!” Gill proclaimed.

“I’m like ‘whoa,’ because I didn’t know what to expect” Gill said of the song’s high charting after such a long hiatus. “It kind of just threw me. I’m sitting there going, ‘Wow. Amazing.’” [Scroll down to listen.]

With Terry Lewis on board as a producer, Gill came up with so many tracks for the CD that deciding which ones to keep got a little too “Sophie’s Choice.”

He explains in the bonus audio below.
Johnny Gill on the difficulty of choosing songs for new album In the Mood by CherieNic