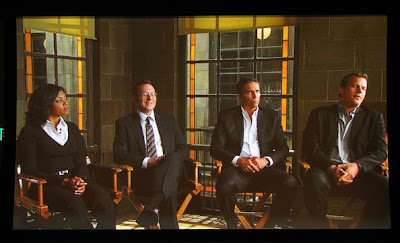 (L-R) Actors Taraji P. Henson, Michael Emerson and Jim Caviezel and Executive Producer Jonathan Nolan speak during the 'Person of Interest' panel during the CBS portion of the 2011 Summer TCA Tour held at the Beverly Hilton Hotel on August 3, 2011 in Beverly Hills, California.

Henson, who plays a police officer, says of her character: “She served two tours in Iraq. She is the heart. There are police officers that can be quite cynical because you see enough dead bodies in a day, you gotta laugh to keep from crying. She’s more of a caring police officer. Not that all police officers don’t care. But she won’t crack the joke, or, you know, she gets a little more emotionally involved with some of the people that she’s she interacts with. And she’s chasing this guy in a suit, which she’s already identified him as an ex-army person of some sort. So she identifies with that, and that’s what drives her to find out who this guy is.”

In the bonus audio below, Henson describes her first reaction after reading the “Person of Interest” script for the first time.

Henry Simmons Gets His Manly ‘Man’ On in New ABC Sitcom 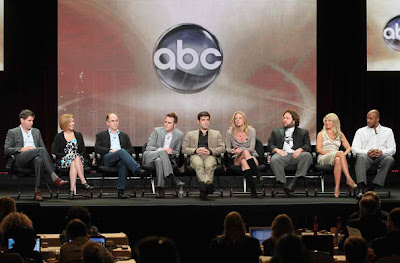 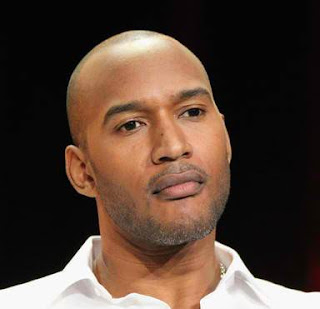 Henry Simmons of the television show "Man Up" speaks during the Disney ABC Television Group portion of the 2011 Summer Television Critics Association Press Tour held at The Beverly Hilton Hotel on August 7, 2011 in Beverly Hills

“I don’t think he’s conscious of it at all,” Simmons told reporters at the Television Critics Association summer press tour in Beverly Hills on Sunday. “He’s the kind of guy that walks into a room and everyone loves him, and he’s used to it. He talks at people like he doesn’t really listen. He’s just grand.”

And luckily, for his fans, Grant’s manly activities are mostly done without a shirt.

In the bonus audio below, Simmons, who turned 41 in July, is asked if he has a special workout regimen he follows to fulfill the physical demands of the role. 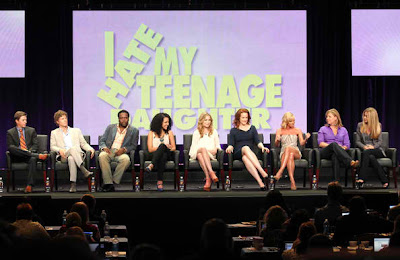 You know him from HBO’s “The Wire” as the ex-con turned boxing instructor Cutty. Soon, a wider audience will get to enjoy actor Chad L. Coleman when he premieres in Fox’s new fall sitcom “I Hate My Teenage Daughter.”

The series follows two mothers who were never part of the popular crowd when they were in high school, yet their teen daughters have somehow become the mean girls that their moms always despised.

Coleman plays Gary, a golf pro and the divorced father of one of the teens.

“I’m the bread winner right now,” he said of his character at the Television Critics Association summer press tour in Beverly Hills. “I feel there’s a certain voice of reason to Gary as well; a certain since of order, especially with the routine of a golf pro. So I need to do things a certain way, and I get a strong feeling my daughter’s going to obliterate all of that.”

Not once in the pilot was a big deal made of Gary’s character being in an interracial relationship. His ex-wife Nikki, played by Kate Finneran, is Caucasian, and his daughter (Aisha Dee) is bi-racial. But executive producer Sherry Bilsing Graham said the issue will come up in future episodes.

“We will be seeing stories play off of that. It was deliberate [not to make mention of it early on] because it’s real and, you know, in your life,” said Graham. “We wanted to keep the characters and relationships real. And the relationship between Nikki and her husband, Gary, was a great one and a loving one. They keep falling back to each other even though they couldn’t stand to live with each other, which is true for a lot of people.” 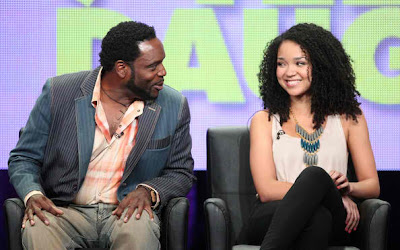 Australian actress Dee, who also stars in the first several episodes of Fox’s upcoming “Terra Nova,” says her character’s bi-racial background was a selling point for the role.

“That was one of the things that actually attracted me to the show, because I’m half African American and half white so, you know, there’s not a lot of characters on TV who you can really look to,” she said.

In the bonus audio below, Coleman talks about the importance of him showing range as an actor after playing such a popular role on “The Wire,” and why he felt it was time to jump into a comedy.

Jurnee and Solange to Star in ‘Blondie’ – the Florence Ballard Story 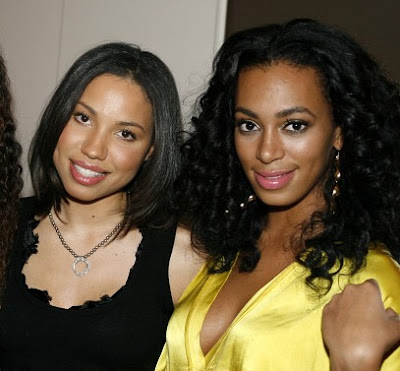 Last year there were talks about a project recounting the life of singer Florence Ballard in a film called “Blondie.”

It was rumored that Faith Evans would play Ballard and Taraji P. Henson would play the role of Diana Ross, but it looks like they are both out of the picture. 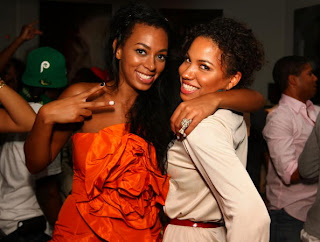 The story is about when “The Supremes were the most successful female vocal group in history. Only Florence Ballard, the spunky teenager who founded the group, has remained silent. Until now.”