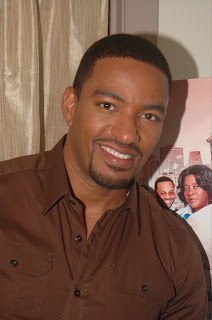 Like anyone else, I love a good story. Laz Alonzo (Jumping the Broom) did an interview with The Urban Daily and told this story.

During a private dinner in New York city Laz Alonso, who has yet to walk down the aisle himself, regaled the audience with his craziest wedding story. It appears that a certain hip-hop couple couldn’t wait to get down with his crew.

“When this guys gets out of jail I’m going to be in trouble,” he says before starting.

One of my buddies had a wedding down in Jamaica. I love destination weddings. When I decide to get married one of these days it’s going to be away somewhere people can kick it for a few days before the wedding. We were all a big happy family by the time the wedding happened. On the wedding night the couple went off to do their little honeymoon thing and we decided to have a house party. We had 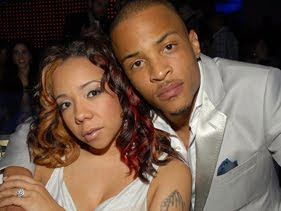 these villas with the music going and a pool party.

All of a sudden we see some hands and some feet crawling over our back wall! The first thing we were thinking was, “We’re in trouble. The Jamaicans are coming to get us.” You’d be surprised at how a lot of these guys that act all hard were looking for the exits. But we noticed that the hands and feet were a lot lighter “complected” than the typical Jamaicans we’ve seen on the island while we were there.

Sure enough when they poked their heads up it was T.I., Tiny his wife and their body guard who climbed over our wall. They were also vacationing at the same resort and they just wanted to join the party.

Now you are T.I. ! Had you knocked on the door and said “Hey Laz we want to party with ya’ll” there was no way in the world I was going to turn down T.I. But the fact that they made their grand entrance we had to give them a round of applause. That was my first time meeting T.I.