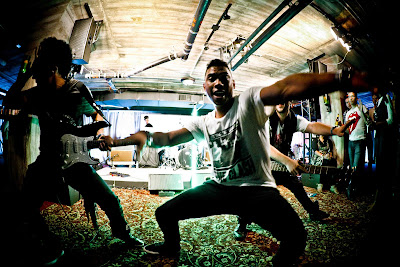 By Melissa A. Stewart

A unique sound and a unique look sparks lots of interest and such is the case with Mexican and African-American born Miguel Jontel Pimentel. Famously known as only ‘Miguel’, this singer/songwriter graced the spotlight with his own swag that has caused a lot of dialog about the man and the musician. So I caught up with Miguel in Atlanta and we kicked it for a bit. In an undisclosed location, Miguel disclosed a lot. 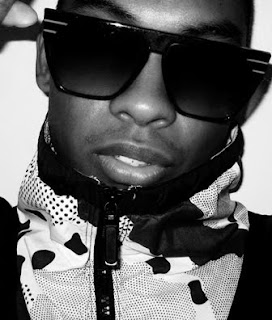 Off the new album All I Want Is You, the final track is called ‘My Piece’ and it tells such a tale about who Miguel as an artist. So when talking to him, his explanation of how he used his music coming up.

My Piece is a song if you listen to it, is about music. Music is my weapon. It’s actually been my protection. Coming up in Los Angeles, I grew up in the middle of a lot of racial tension between Mexicans and Blacks. I was the kid that sang and I stayed out of trouble. I kind of got a hall pass. I missed out on a lot of bullshit because of music and it kept me out of a lot of trouble.

Before making his album debut with All I Want Is You, Miguel was already a Grammy nominated artist in his own right and making hits for others. Writing and collaborating with Usher, Jaheim and Asher Roth (he was featured on the song His Dream) could make anyone’s career skyrocket to a new plateau and then being nominated for an award is icing on the cake. But to also write for the likes of John Legend and the queen Mary J. Blige can make you retire for fulfilling your bucket list before you turn 25. When speaking of his feat, he humbly retreats to his experiences.

We were nominated for a Grammy for writing for Jaheim, but Maxwell won that. It was a huge honor. Technically I’m a Grammy nominated writer. It's cool. People ask me what do you prefer, being an artist or a writer. I say they're one in the same. They all fall underneath a creative umbrella. For me as an artist, writing its just part of the whole thing.

Writing for Jaheim, that was actually just kind of a record we were doing and it fit him. So I didn't get to work with him in the studio. Asher was very, very cool because we have a mutual friend that ended up producing the majority of his [album] and that was how that all came together. Asher had a personal song that he needed someone to sing on. He said he was a fan and wanted to see if I could do something on it and that all worked out. That was done separate as well. The only stuff I’ve done that was involved (in studio) with the artist was with Usher. I met him through Mark Pitts. You know Mark is a good friend of his and he's a good friend of mine and he thought we should be good friends. He introduced us and we hit it off in the studio and the relationship kind of grew from there. So, after writing for him, it also kind of turned into me opening up for him on tour for the initial domestic leg of the OMG concert. So my only real experience writing for another artist in other stuff that you listed is I just recently worked with John Legend. He's the second artist I’ve actually ever worked with...John is a professional...he's amazing. He came in and had a couple of ideas and I was just there to facilitate his idea. With Usher, we spent a lot more time. So the way the songs came about was different. Every song was different. I can recall doing Monster, which is the first song his Raymond vs. Raymond album. I got to co-write that one with Usher and Terry Lewis. What I did when they played the beat, I free styled the melody throughout and we took some of the melodies and Terry actually reversed the wave file so the melody was backwards and it was really dope. We wrote the lyrics to that melody…It’s different every time, that's what’s cool about writing with other people.

As a new artist, Miguel was selected by Billboard to participate in their uber-popular Monday Mash-Up and required to cover a popular song; one that would not be expected by his fans. He chose ‘Don’t Hold It Against Me’ by Brittany Spears and got rave reviews. Though Brittany herself didn’t respond to the honor, the fans spoke for her. Showing he’s the ultimate professional, he learned and performed the song all in a day. Another honor came this summer when he landed the bill to perform at the Essence Festival along with Usher, Kanye West, MJB, Jennifer Hudson, Fantasia and Charlie Wilson. To say he was appreciative was an understatement. Still a bit of a rookie, Miguel didn’t share the main stage, though just being a part of the event compared to none other. But what put him over the moon was his chance to perform at Coachella.

We played Coachella this year and that was just a dream come true for me. So this was like icing on the cake, you know? Essence Fest...I'd never been so I didn't know what it was like.

So when performing, what does an artist feel most about being on stage? Vulnerable. Being wide open and honest is something Miguel offers on stage. Holding himself and his band to a very high standard when performing without taking themselves so seriously. Making it special the belief that one should seek a connection when attending a Miguel show.

I would describe my show as being dynamic and being very vulnerable and very honest...i would expect you to leave like you and I had a moment.

I was looking for a clever way to maneuver the conversation to the man's personal tastes and he opened the door for me. While asking about his songs Vixen and Quickie, I was thinking it would be this salacious story about a video groupie or something like that. But no. when I asked what he was thinking when he created Vixen, he responded with 'pineapples'...and it was on!

Well, I like to roll play and that's what Vixen is all about...Pineapples are my favorite fruit and they do accompany me in the bedroom sometimes...if I care! But Vixen is just about having fun and experimenting with your partner. Sometimes you want to play out some fantasies...Quickie. Every man and woman has that moment. Sometimes just for the thrill of it, you want to just get it in. What's cool about Quickie is I'm saying everything that men want to say and everything that women really want to hear but I’m not demeaning. I'm being very slick, but I’m very real about it. That's what I love about that song. It's because that s how I am. I'm being honest.

MAS: So are you a quickie guy or do you take your time?

Miguel: What is a quickie though. To me a quickie is 25-30 minutes. It just depends on the moment. Now if we're at a club and the moment is inspiring then is about the thrill of it happening. It's about, 'Wow, we just did that shit!' Like that was dope!

MAS: Are you a free spirit or a one woman guy?

Miguel: I have my moments...

Miguel: It was with my first girlfriend. I was 19 years old at her grandmothers house. No, I was 18 and we were in high school. She didn't really want to get with me. I kissed her when we were on our senior trip at Disney Land....The last woman I kissed? I don't do too much kissing these days. The last person I kissed, I was in Miami....and I had a really good time. Miami was just a week ago.

MAS:Are you going to kiss her again? Who is she?

Miguel: Absolutely! She's a friend of mine.

MAS: Did you bring pineapples? Was it a quickie?

Miguel: Absolutely. I'm telling you, what's a quickie? A quickie to you might not be a quickie to me. So I don't know.

Hear Miguel talk about his version of a Quickie....