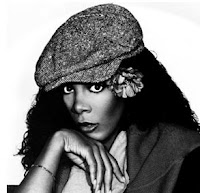 The nominations for induction into the Rock and Roll Hall of Fame in 2012 were announced and the nominees are:
· Beastie Boys
· The Cure
· Donovan
· Eric B. & Rakim
· Guns 'N Roses
· Heart
· Joan Jett and The Blackhearts
· Freddie King
· Laura Nyro
· Red Hot Chili Peppers
· Rufus with Chaka Khan
· The Small Faces/The Faces
· The Spinners
· Donna Summer
· War

Cast your vote today!
Ballots will be sent to more than 500 voters, who will select artists to be inducted into the Rock and Roll Hall of Fame at the 27th Annual Induction Ceremony. To be eligible for nomination, an individual artist or band must have released its first single or album at least 25 years prior to the year of nomination. The 2012 Nominees had to release their first recording no later than 1986.