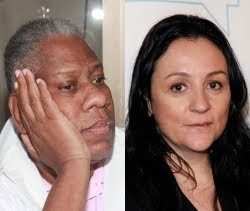 The judging panel of “America’s Next Top Model” is going through some changes.

Fashion publicist and reality TV veteran Kelly Cutrone, who appeared on MTV’s “The Hills” and starred in Bravo’s “Kell on Earth,” is being brought in to replace André Leon Talley for cycle 18 early next year, reports People.com.

“I am a huge fan of ‘America’s Next Top Model’ and have watched the show for years,” says Cutrone, 45, who owns People’s Revolution. “Having worked in various aspects of the fashion industry over the course of my career, I am excited for this new opportunity and hope to bring a different perspective to the show.”

Talley, 61, editor-at-large at Vogue, joined the show in early 2010, beginning with cycle 14, after many years of pleading from Tyra Banks.

“We have greatly enjoyed working with André Leon Talley and he has been an amazing asset to the ‘America’s Next Top Model’ family,” says executive producer Ken Mok. “We wish him all the best in his future endeavors.”

And he echoes the sentiment. “I had a great ride and will always consider my experience with Top Model one of the best moments of my life,” Talley says. “Tyra is an incredible role model and I learned so much sitting next to her through four cycles.” 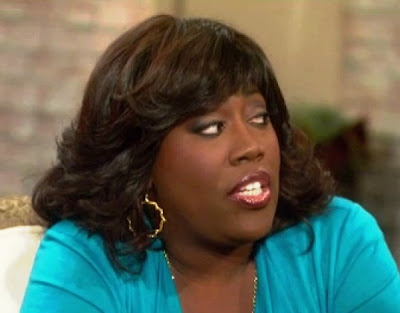 If you believe the tabloids, Sheryl Underwood’s new gig on “The Talk” is now in jeopardy.

Having replaced original co-host Leah Remini at the left end of the table, the comedian is rumored to be next on moderator’s Julie Chen chopping block, according to the National Enquirer. The tabloid also reports that Chen “cannot wait” for Molly Shannon’s guest-hosting turn – replacing Holly Robinson Peete – to come to an end.

“Julie believes they made a mistake by adding Sheryl to the panel. She thinks Sheryl’s comedy is too crude for daytime TV,” a source told the Enquirer. “Julie doesn’t mince words – she says Sheryl’s vulgar style isn’t a good fit.”

According to the Enquirer, Chen was particularly upset when Sheryl made light of a discussion about suicide during a talk about “Real Housewives of Beverly Hills” husband Russell Armstrong.

Meanwhile, after the contracts for Holly and Leah were not renewed, it was alleged that Chen had been warning her co-hosts that her husband could fire them, says the Enquirer.

“The Talk” premiered in October, 2010, with co-hosts, creator and executive producer Sara Gilbert, 36, Chen as the moderator, Leah Remini, 41, Holly Robinson Peete, 46, Sharon Osbourne, 58, and Marissa Jaret Winokur, 38, as a special correspondent. Winokur was asked to leave the show in January.

The Enquirer’s source said: “Julie didn’t like Holly and Leah, and now she’s made it obvious that she’s not happy with Sheryl and Molly. At this point it looks like it may turn into the ‘Julie, Sara and Sharon show.’”

Meanwhile, the New York Post is quoting another unnamed source who says Chen, who is married to CBS President and CEO Les Moonves, is wreaking havoc on the set with cast changes, and insiders are referring to the show as “the Les Moonves show starring his annoying wife. 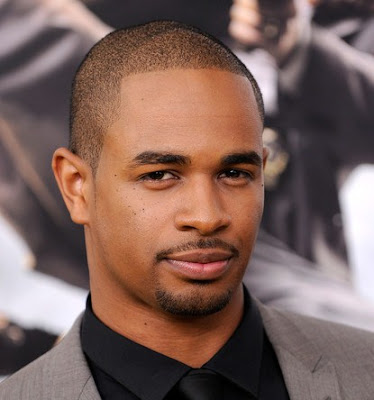 Damon Wayans Jr. begins a second season of ABC’s “Happy Endings” tonight as one of a group of friends in Chicago who are rocked when the couple that brought them together – Alex and Dave – break up.

Wayans’ character, Brad Williams, works for a big Chicago investment firm and is married to the high-strung Jane (Eliza Coupe), who pretty much bosses him around.

Going into season 2, “I think you’ll be able to see more dimensions of each character, to show other parts of Jane and other parts of Brad and their relationship,” Wayans tells EURweb.

Adds Coupe, “The framework is set for all these characters and I think we’re gonna fill it in and really put some flesh on the bones [this season].” 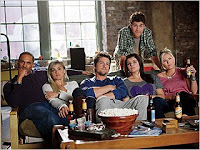 Wayans, as widely reported, had already shot the pilot for Fox’s freshman comedy “New Girl” when he got the word that “Happy Endings” was being renewed.

He wishes the “New Girl: well, but says he’s happy to remain with “Happy.” And with an ensemble cast of comedic actors on set, Wayans says the atmosphere is very rarely, unhappy.

“I live for a laugh, I love to laugh, I love to make people laugh so I’m always looking for it,” he said. “Even when people are being serious, I’ll still laugh because they’re being that serious. I don’t take really anything seriously – except for getting paid.”

Taking it a step further, Wayans said: “Even during takes we try and make each other break in the scenes. We try to actually make our days longer – just for a laugh. That’s the ship we’re running.”

In the bonus audio below, Wayans says the cast is more in-sync this second time around.