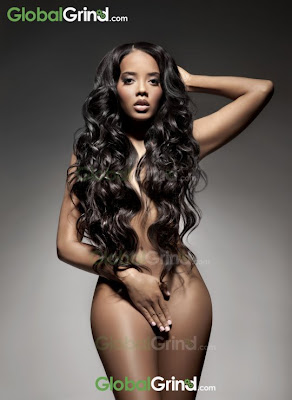 Diggy Simmons big sister....Russell's niece...Rev. Run's daughter Angela Simmons is the amongst the barrage of celebrities to bare it all in the name of the Peta Campaign, stating “Eating Meat Is A Sin”.

Angela’s decision to become a vegetarian was influenced by her uncle Russell and she vows to be a full-fledge vegan in a few years, which would prevent her from eating diary products as well as meat.

“As a devout Christian, I feel it’s very important to show compassion for all of God’s creation—and adopting a vegetarian diet is the best way to keep innocent animals from suffering.”