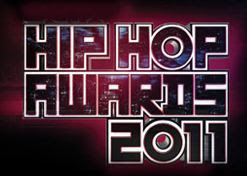 The general consensus is this was a cypher show and an awards show too. Much love to all those who rocked the freestyle. It was the highlight of the night and so now the question begs, "When is BET going to promote real hip hop?"

Here are some highlights of the evening.

Everyone loves a comeback and to hear the growl and bark of Ruff Rider DMX, put everyone on their feet and hands in the air.

The Warm Up Cypher Vol. 1
BET.com Exclusive: It’s time to set it off! With the legendary DJ Premier manning the beats, fresh-faced MCs Gilbere Forte, Chris Sutton (Sprite’s Hot 16 Winner), XV and Jay Rock try to out-rap each other. (Season 2011)


Maybach Music Group Cypher
Cypher: Rick Ross, draped in a satin shirt, presents his eclectic crew of spitkickers comprised of Wale, Pill, Stalley and Meek Mill. Check out who comes out on top and is inching closer to be the Boss.


International Flow Cypher
Cypher: Hip Hop is on an award tour with France’s Soprano and Houston’s Lecrae. The lovely Nitty Scott, MC and R&B songbird Estelle add their feminine touch to the session.


Chris Brown & Friends Cypher
Cypher: Coming off his “Look At Me Now” momentum Chris Brown continues to blaze the mic and attack all gossipmongers. Also, Ace Hood feels like a young Michael Corleone, Kevin McCall blows up and Tyga drops a royal flush.