Guess Who's Coming to Dinner? The Braxtons! 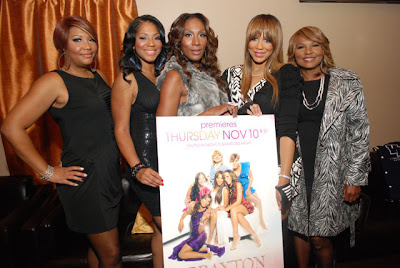 The Braxton 5 is a force to be reckoned with and when all together, hold fast! It's always a show when you have Toni, Tawanda, Tamar, Trina and Tracy around. The only thing that can tame this team is mama. Don't believe it? Watch this! Season two is locked and loaded.
The Braxton clan hosted a Season 2 dinner for local media in Atlanta at Frank Ski's Restaurant & Lounge and offered a bit dysfunction proving it's not all show! Though Toni wasn't there, (she was working in Los Angeles at the time) her sisters didn't miss a step. This is not Destiny's Child, no one sings lead in this group. However, baby girl Tamar is clearly the most vocal and aggressive of the bunch. Most younger siblings are this way. Mom Evelyn, Vince (Tamar's' husband) and the girls were all very pleasant and genuinely happy to be there.

Regrets from Season 1
Trina regrets getting arrested on a DUI and said, "From now on I will carry a comb with me wherever I go...and an extra wig!"
Tamar does not regret the things she said, but how she says them. "I've never seen myself in action before the show so that has helped me to kind of grow up a little bit...and tone it down."

The Black Kardashians?
When asked if they will be taking a page from the Kardashian page of branding Vince chimed in with "Absolutely!" The ladies were signed on to do ten episodes in season one and are now slated to do nineteen for season two! Apparently, the Braxtons are good for business.dot.com! That's something to sing about. 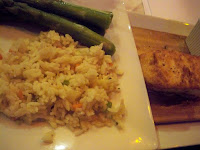 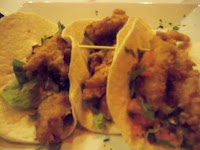 Special thanks to Saptosa Foster and the 135th Street Agency.


[url=http://www.dlhs24.com.cn/home/space.php?uid=23218&do=blog&id=278198]how to buy hermes birkin bag[/url] Murray remembers together with medals as association jack hole before the his dogs will be able to snag all involved.


[url=http://bbs.0573.cn/thread-663112-1-1.html]coach handbags on sale[/url] If a woman or man simply wishes a blow slash and a small layout as quickly and smart as you possibly, the relationship about your hair table dresser might be created by unique apprehension. The individual who would like to build a loving relationship with a hair salon does indeed enter beauty salons in san diego and can even will not recurrence because he or she did not the same as approach of carrying out.